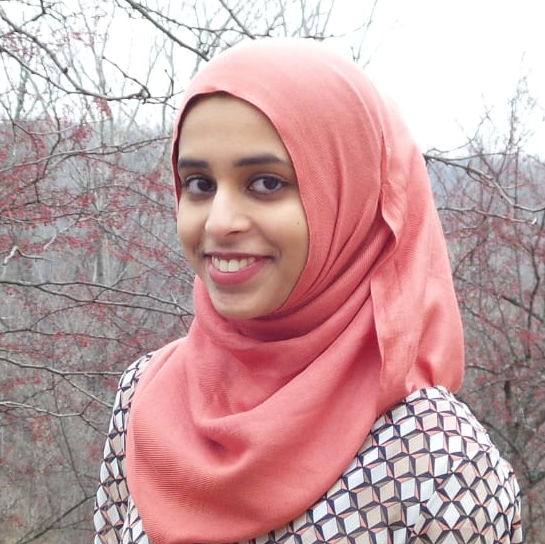 “Are you religious?” I’m asked with a pointed look towards my headscarf. There’s a pregnant pause following that loaded question. The question is meant innocently, but suddenly I’m on guard. I must phrase my response delicately, attending to the nuances of implication. What do you mean by ‘religious’? I wonder before responding. I wait for that quiet “oh” that ends that topic of conversation. It’s full of insinuations, that one word. It makes me question, in our secular society, is it okay for us to state that we are religious, or must we qualify it in fear of others misconstruing it as a kind of fanaticism? Suddenly, I realize my shoulders are too stiff and I forcefully drop the defensive barriers that I had unconsciously raised when discussing my personal level of adherence to my faith.

I sometimes find myself in that defensive state—back straight, shoulders tensed. My mind is tripping over itself, overanalyzing every word and expression. It’s tiring, this state of awareness where I feel that I must be on my toes. The moment I relax, there will be someone else who’ll conflate violence and religion with an unsubtle look in my direction, leaving me offended and hurt.

The impact of misinformation worries me. Have I too ever blindly believed the misinformation spread about other belief systems or worse, unknowingly perpetuated them? There must be others who find themselves in a similar situation, constantly being demanded by circumstance to defend themselves.

It is because of instances like these that interfaith dialogue becomes vital. How else can we undo the damage done when facts about different beliefs are twisted to suit an agenda? A single open conversation is the best foot forward in this communal endeavor.

I used to underestimate the power that simply talking to another person has. It wasn’t until one of my interfaith activities in high school that I could see the effect of an open dialogue. I was invited (alongside one of my religious studies teacher) to a Catholic church to speak to a group of students about my faith. We were told beforehand that some of the parents were upset by the event, fearing that we have come to convert their children and lure them away from their families.

We all sat in a circle and I remember seeing an older man sit on the fringes, towards the back of the room. His arms were crossed, a frown on his face. He was one of the few parents to attend and he sat so quietly, I had forgotten he was in the room. He came up to me as I was preparing to leave. He stated that he was against us coming here. He feared that we wanted to take his son away from him and so he attended to watch us. Then, to my surprise, he apologized. He had never met a Muslim before, let alone had a discussion with one. He was shocked to see the parallels between our faiths and how we were so unlike the impression he gained from the media. What astounded me the most was the fact that he thanked us. He was genuinely grateful for the opportunity to have his misconceptions proven wrong. As I stood there, reeling at this unexpected turn of events, I realized that this is the strength of interfaith dialogue.