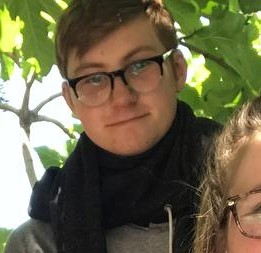 Despite media coverage that would have you believe the United States is being “flooded” with Muslims, only about 1% of the American population practices Islam, and while one may (in theory) practice any faith they choose here, the United States has an unmistakable culture of Protestantism. Over the summer, I studied Arabic in Morocco, the first Muslim majority nation I had ever visited, and experienced not only new religious practices, but new ideas about the role religion can or should play in daily life.

The first thing I noticed, even from a distance, is the sheer number of mosques in Fes. Any elevated view of the city (or any city for that matter) reveals tens of minarets. When I was bored, the game I would play to entertain myself was to figure out how many mosques could be seen from where I was standing. After some consideration, I don’t think Morocco has a significantly greater number of worship spaces than one would find in a typical American city, but there is a great difference in visibility. The architecture of the minaret makes the mosque the focal point of the city, whereas contemporary American church architecture more and more often attempts to blend into the city the surrounds it. Though separating cause and effect is impossible, I see this as correlated with a greater religious consciousness in the people of Fes. The mosque is always visible; therefore, one is always thinking of the mosque.

Secondly, the experience of Ramadan was entirely new to me. The closest analog within the Christian faith I was raised in is the observance of Lent, the 40-day period leading up to Easter during which some Christians choose to give up some vice or vices as an expression of their faith, yet this does not begin to compare to the intensity of Ramadan. I was continually amazed by the strength of those fasting through the extreme heat and long days (soccer teams from Muslim nations were fasting during some of the preliminary rounds of the World Cup), and I would imagine that throughout the month, the hunger and thirst serves as a near constant reminder of one’s piety. Furthermore, the frequent trips to the mosque during this time seem to build a very strong community between fellow Muslims. On more than one occasion, our host father has introduced us to his “mosque friends,” with whom he spent hours praying next to over the course of Ramadan.

I was also surprised to see how much influence Islam has within the household. I knew Muslims prayed five times a day, but it still somehow surprised me to see my host parents stop whatever they were doing to pray. I would imagine that this forces one to relax and focus more, and is probably great for one’s mental health, but it also seems like quite a bit of work. Furthermore, our house was filled with images or objects inscribed with Koranic script. For me, these facts form an image of an Islam that is less of a faith, in the Christian sense, than it is a way of life. Whereas in Christianity belief is often sufficient, Islam as practiced in Fes requires near-constant action and practice. The result of this, in my eyes, is that the followers of Islam I met seemed much more devoted to their Islam, than the Christians I know are to their Christianity.