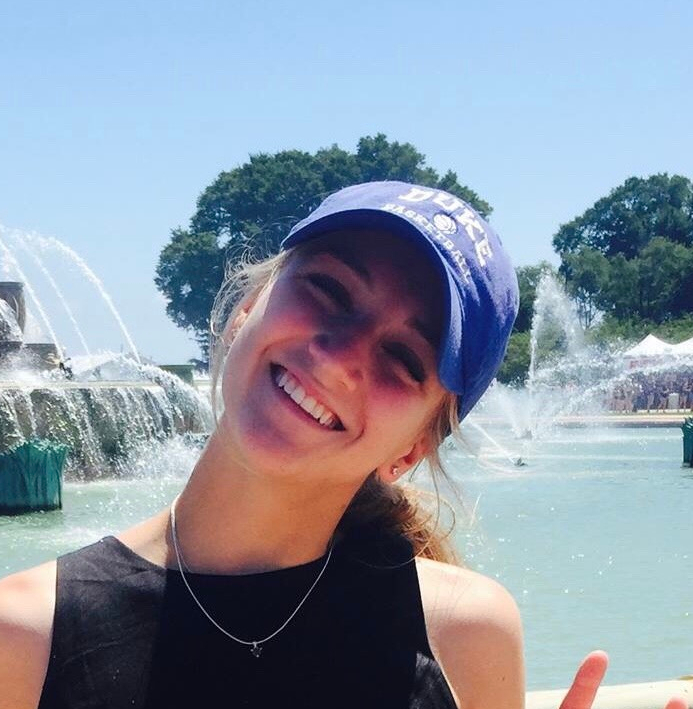 My religious identity is ambiguous. As my last blog post discussed, it’s been informed mostly by my own upbringing as a Presbyterian and influenced by small glimpses of Hinduism, Judaism, and Islam. I have to admit: as the year began, I was eager to learn as much as I could about other religious and spiritual identities but I didn’t feel as if I was equipped with the necessary skills or information that those interfaith conversations required.

However, as we as Fellows continued to meet, discuss, and learn more about one another, this apprehension was quickly assuaged. I can truly say that this experience has been enlightening, and not just because of the genuine acceptance each Fellow has for one another or our recent successes organizationally, but because I never knew I could learn so much about so many things from my peers. This kind of stimulation wasn’t exclusive to our meetings. At our Second Annual Potluck Dinner this year, I had the privilege of continuing these conversations with students and community members. As I heard the stories of each person’s spiritual journey, I couldn’t help but be inspired by the group that came from PresHouse, a progressive Presbyterian student congregation on campus.

After learning the skills to have interreligious discussion—and having these interreligious conversations on a pretty consistent basis—I couldn’t help but feel a longing to return to my Presbyterian roots, or at least to explore the possibility of it. I had all but one doubt about this inclination, and that was the fear that I would be returning to square one. I hadn’t been to church in so long. I had gotten so used to one Presbyterian church that I wasn’t even sure if I’d like going to another one. What if it felt like I no longer fit in? These questions hung around the back of my mind, haunting the desire I felt to rekindle my relationship with the church.

This is where PresHouse came in. As I got to know the members of their campus ministry, I felt an immediate sense of comfort. I knew Erik—another Fellow through The Interfaith Network—
was involved with the organization, and I knew how incredibly beautiful he made it sound, but I didn’t fully grasp the profundity of that until I met two more members. To me, these members represented the warmth and acceptance of the church that I had once felt and had fallen away from for so long. Even though I had come for a progressive church, I was a victim of the 21st century virus that churches as institutions would not be accepting of those who expressed certain political views of acceptance and free love. But the members of PresHouse seem to provide the cure for this sort of social sickness. The way they described their experiences with PresHouse—
how it affirmed their identities and provided a space in which they felt safe, appreciated, and, most importantly, loved every single day—made me crave that same feeling. They inspired me to accept the church and community to which they belonged. They challenged my bias and exclusive view, one that I had projected onto “The Church” in general. Really, they made me realize just how much I did want to reopen my identity as a Christian, especially if I could be the same type of Christian they were.