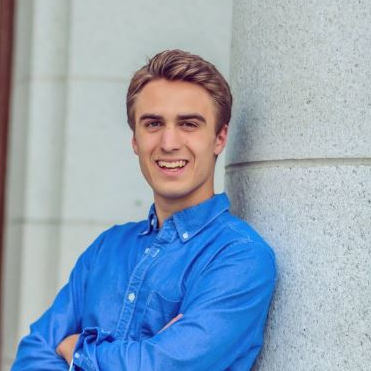 Three years ago, I made the decision to stop eating animals, a decision I attribute to two moments.

In my first semester at the University of Wisconsin, I enrolled in a Philosophy course called ‘Food Ethics.’ I knew nothing about ethics, but I was interested in agriculture and economics and I thought that this class might help me find what I ought to be doing. Because as much as I would like to deny it, I’ve always had the urge to justify my thoughts and actions in moral terms; often times going to lengths that outweighed the cause. (Growing up my parents made the recurring joke, somewhat ironically, that this will make me a ‘good little lawyer.’) This reflexive urge to justify my thoughts and my actions left me susceptible to the way ethics is presented to college freshman.

On the first day of the course, I was informed there were two major ways of thinking about morality. Consequentialism, as the name suggests, judges the morality of actions in terms of their consequences. If something brings about the most good, or, the least suffering, relative to other actions, it is morally righteous. Deontology on the other hand considers morality more complicated than that. The morality of an action, to deontologists, is determined by the actor’s intentions. If someone means well but their actions don’t produce the intended effect, or end up hurting someone else, their actions may still be ethical.

Most students left the first class in a daze; I did too, but mostly because I realized that this class, and moral philosophy, might be the answer to my justification problem. Here was a whole group of people dedicated to the same questions: What moral obligations do we have? What do we owe on another? To whom do we owe it?

As long as I can remember, my father hasn’t eaten meat. In 1994, he began attending mindfulness and meditation classes with the New Kadampa Tradition, an international association of Mahayana Buddhism. He formally joined the practice by 1998, a few years after I was born. And when he started practicing Buddhism, my father decided to stop eating animals.

Vegetarianism is an expression of my father’s faith; respecting the life of all sentient beings, to him, means not eating animals if there are alternative sources of food. If one wants to minimize the suffering of others, then one shouldn’t eat animals. But his decision does have some caveats. If he is served meat in someone else’s home, or if he is served meat as part of a cultural exchange, or if the meat was prepared but won’t be eaten, he will eat it. For my father, practicing his faith doesn’t mean rejecting gifts or letting life go to waste.

His flexibility when it came to these ultimately moral decisions, helped me realize how I wanted to practice ethics in my own life. During the course on Food Ethics I was convinced to stop eating animals, largely for the same reasons as my father. If animals can suffer, and I think I have an obligation not to make others suffer, I shouldn’t eat them—at least not without a compelling reason. I couldn’t say how much my father’s decision not to eat meat for reasons of faith affected my decision not to eat meat for reasons of personal morality. He had never eaten meat, and I had always known why, but this alone wasn’t convincing enough. I had to do the work of convincing myself, of learning my own moral reasoning.

Interfaith dialogue invites this kind of reflection on our moral and religious reasoning. When I’m confronted by difference—in spiritual practice, dietary needs, philosophy, cosmology—I’m forced to confront what I do and why I do it. I’m pushed to trace my through-lines to their sources. This is what makes participating in the Center for Religion and Global Citizenship such a pleasure. To sit and reflect with your peers, and trace your through-lines together. This is the joy of interfaith dialogue.