Since taking office less than four months ago, Rep. Ilhan Omar (D-Minn.) has been the focal point of several news cycles dedicated to portraying her as anti-American, antisemitic, and a terrorist. The latest attacks on Rep. Omar come via a New York Post cover and Donald Trump tweet that accuse her of “forgetting” that the 2001 terrorist attack on the World Trade Center was carried out by al-Qaeda. Ironically, the vicious response to another out-of-context remark by Rep. Omar validates her original statement, in which she explained that all Muslims continue to live with reactionary post-9/11 Islamophobia. The constant attacks on Rep. Omar, including our president’s comfortability in posting a video of her edited alongside the burning Twin Towers, knowing he will face no real consequences for doing so, prove her point: as a Muslim, Rep. Omar faces the constant “discomfort of being a second-class citizen.” 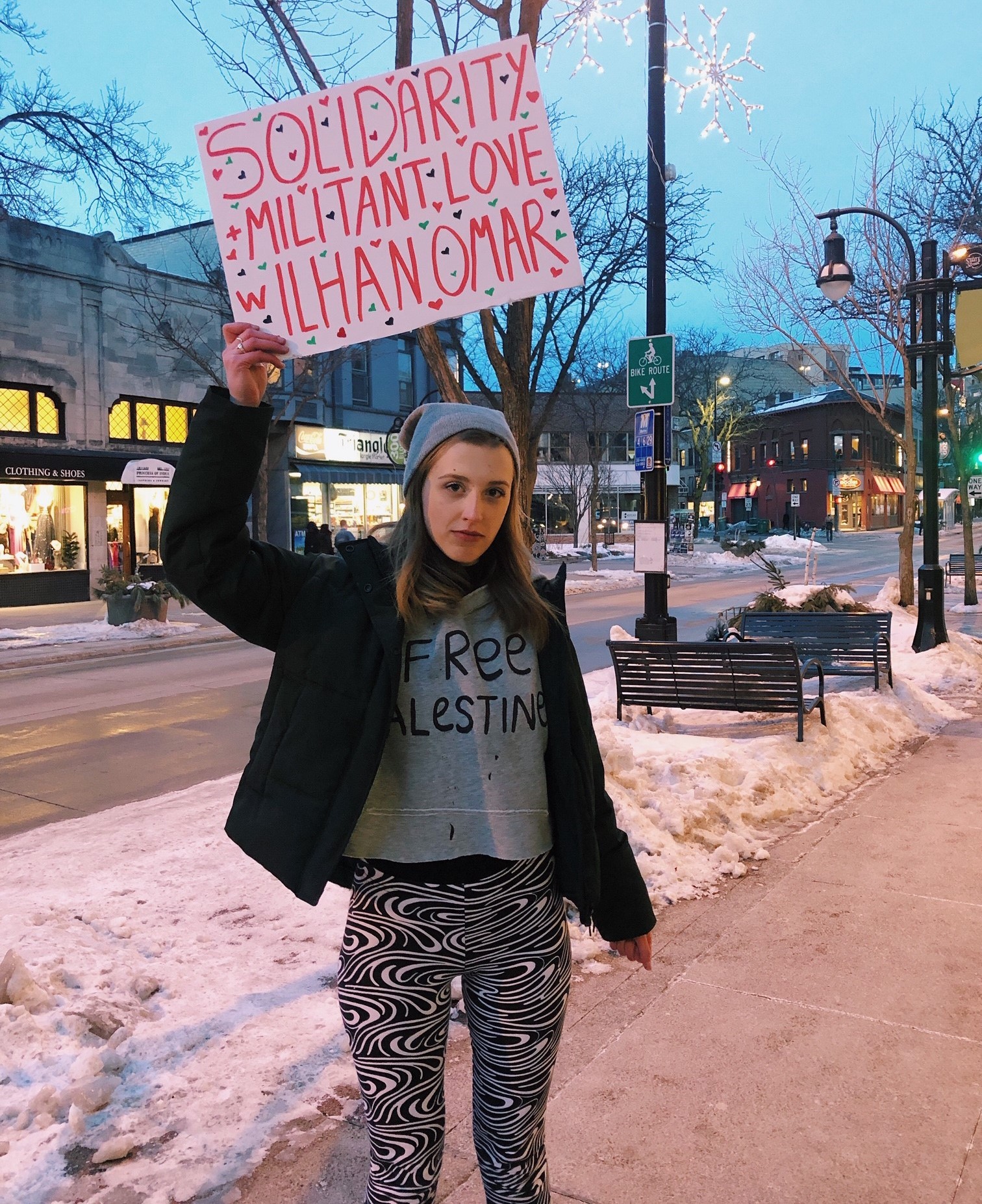 To explain why #IStandWithIlhan, I must explain why I think others do not. Members of our government have invested a tremendous amount of time and energy in shaming Rep. Ilhan Omar, for everything from her tweets critical of pro-Israeli lobbying groups to her recent reference to 9/11. While Jews’ concerns about antisemitic tropes should be heard, it is also important to note many Jews did not find her comments to be offensive. Furthermore, some pointed out that it is an act of antisemitism to assume all Jews are Zionists and that “all Jews support violence and imperialism.” However, mainstream news was filled with the voices of non-Jews, from Trump to Nancy Pelosi to Rep. Stephanie Murphy (D-Fl.) decrying Rep. Omar’s comments. It is essential to consider why, when our government has long hosted and continues to employ white supremacists, Islamophobes, and antisemites, Rep. Omar is the one facing consistent, widespread condemnation.

The disproportionate responses to Rep. Omar’s every word reveal that many of today’s political leaders, journalists, and U.S. residents are not interested in combating antisemitism, Islamophobia, and other forms of religious bigotry; they are interested in publicly shaming, silencing, and inciting violence against a Black, Muslim, refugee Congresswoman. Omar’s very presence in Congress as a Black, Muslim woman is deeply disturbing to racist, Islamophobic, sexist, and xenophobic politicians and citizens. Though Democrats boasted about the increase in diversity in the 116th Congress, happily touting that the first two Muslim women are Democrats, they were not prepared to confront actual diversity of thought. Rep. Omar’s policies are more progressive than any of her colleagues, reflecting her identity, values, and culture. What Nancy Pelosi once saw as a cheery “new dawn,” she now knows is actually much more: a threat to the unbalanced infrastructure the majority white, majority upper-class, majority Christian Congress hopes to maintain. Rep. Omar’s very identity, compounded by her political convictions, presents a disturbance to a neoliberal political order Democrats are already struggling to preserve.

This became evident as she and Rep. Rashida Tlaib (D-Mich.) confidently shared their pro-Palestine policy stances. What could and should be an opportunity for serious discussion about U.S.-sponsored, U.N.-documented human rights abuses in Palestine has become an ongoing debate about whether Rep. Omar is antisemitic. It is extremely troubling that the House made a broad and vague resolution surrounding the concept of “hate” a priority after Rep. Omar’s tweets on pro-Israeli lobbying. As Mehdi Hasan pointed out in The Intercept, only did comments perceived as antisemitic become an immediate issue when they came from a Black, Muslim, immigrant woman who offers a legitimate challenge to United States’ support of Israeli occupation.

Furthermore, as one of the only Muslims, and the most visibly Muslim person in the space, Rep. Omar serves as a figure through which Islamophobes can disparage or incite violence against the entire Muslim American population. Trump’s latest attacks only contribute to the plethora of content furthering Islamophobic narratives and emboldening white supremacist violence against Rep. Omar. On March 1st, a poster at West Virginia’s GOP Day insinuated Rep. Omar has ties with al-Qaeda. On March 3rd, Trump campaign adviser Jeff Ballabon called Rep. Omar “filth.” On March 4th, “Assassinate Ilhan Omar” was graffitied at a gas station in Rogers, Minnesota. On March 9th, Fox News host Jeanine Pirro called on the Democratic party to distance itself from “anti-Israel sentiment doctrine” and claimed that Omar’s choice to wear hijab is “indicative of her adherence to Sharia law.” On April 5th, a white Trump supporter was arrested for leaving messages on Rep. Omar’s phone calling her a terrorist and threatening to kill her. On April 11th, the Rupert Murdoch-owned New York Post printed the inflammatory headline, “Here’s Your Something,” over photos of the burning Twin Towers, with Trump’s tweet following on April 12th. Today, Rep. Omar stated that the President’s tweet has caused “an increase in direct threats on [her] life.” She urged us to recognize that “violent crimes and other acts of hate by right wing extremists and white nationalists are on the rise in this country and around the world… encouraged by the occupants of the highest office in the land.” If the same politicians who were so quick to chastise Rep. Omar for comments perceived as antisemitic actually cared about rising antisemitism, Islamophobia, and religiously-motivated violence in the United States, they would not be complicit in the continual violence of the president’s administration.

Rep. Tlaib commented this Saturday, “To truly honor our diversity is to never silence us.” To be clear, I stand with Ilhan partially because her politics reflect my values better than any other Congressperson’s. But, whether or not I agree with her, I believe Black and Muslim women must be able to hold the spaces they have earned and pursue more space in our government, free from constant racist and Islamophobic attacks. Our democracy is finally beginning to represent our populace, and we must do everything we can to protect and encourage those passionate about making our country better. In a time where the leader of our country is openly hostile to nearly every minoritized group, we must fight for the few representatives that care for all people.

Rep. Omar inspires me to stand in in pursuit of painful truths, in radical love for my fellow U.S. residents, and in solidarity with peoples across the globe. I stand against Islamophobia, antisemitism, racism, cissexism, and all intersecting systems of oppression that work against our collective health, safety, and success. I stand with Ilhan Omar.