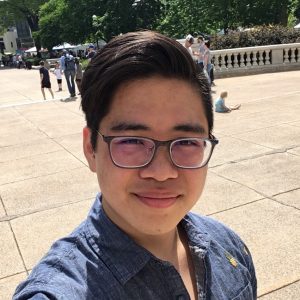 I was raised as a conservative evangelical fundamentalist. From a young age, I was taught that God was a strict cosmic ruler who, if he predestined you, would damn you to burn for eternity. Alternatively, if you were lucky enough to be one of the elect, and if you asked Jesus to come into your heart, you would end up going to heaven.

As a teenager, the doctrine of hell looked contradictory to Christ’s unconditional and all-powerful love. That’s when I discovered the doctrine of universal reconciliation. It was easy for me to accept the idea that God would one day reconcile all things to Himself with a Jesus of unconditional love. But more importantly, it had implications for how I viewed other religions. I wondered: if all people are being drawn to God, does that mean that some religions help others draw closer to the Divine, or even contain some divinely inspired truth on their own?

As I continued to learn more about Christian history and practices, I became disillusioned with Christianity. Ever since Constantine assembled the early Christian bishops in Nicaea, Christianity was defined by right beliefs, not right actions. Doctrines became the standard by which Christians were judged, instead of following Jesus’s example, recognizing that every human being is inherently valuable and infinitely loved, and a life revolving around self-sacrifice.

In his book “A Theology of Liberation”, Fr. Gustavo Gutierrez claims that the original purpose of theology was to benefit one’s spiritual life, to make the believer more like Christ’s example. Yet all I saw, in both the past and present, was doctrine being used to hurt and exclude others.  At that point, I could no longer call myself a Christian and began to identify as a Unitarian Universalist, because of Unitarian Universalism’s central principles of open-mindedness, inclusion, and equality.

I still try to follow the teachings and example of Jesus.  I try to put others before myself and to devote myself to the Divine. I strive for inclusion and to learn the divine truth in all the world’s great religious and spiritual traditions. That’s why I look forward to the upcoming year at the CRGC, where other students and I have the opportunity to learn more about each other and from each others’ faiths, in both the Madison community and the world.  Through the CRGC, I hope I can help foster interreligious literacy and engagement. I want to join others in their search for spiritual truth, and hope they will join me in mine.