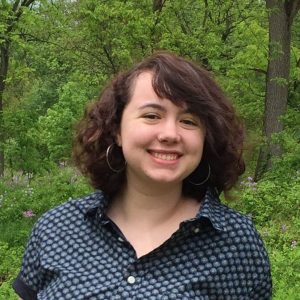 This past summer, I worked as a caregiver for a home healthcare agency—meaning that I would drive to the homes of clients and help them with basic things so that they were safe and able to live in their homes for as long as possible. Something that I realized pretty quickly was that many of my clients were intolerant of religions other than theirs, and of other minority groups as well. Like in many jobs, I was not allowed to respond to their bigoted comments, even when they were about groups I am a part of. Though I was still able to do my job, it became very emotionally difficult to spend hours every day with people who hated other people, just because of who they were.

However, I eventually found solace in an unexpected place—a war drama from the 1970s called M*A*S*H, which detailed the lives of fictional doctors, nurses, and other draftees who treated soldiers during the Korean War in the 1950s. I would occasionally watch with my clients, who loved it, because it was nostalgic and funny. I loved the show because it was comical (aside from a few insensitive jokes reflective of the era), and because there were a lot of unexpectedly poignant lessons. While my clients often did not fully grasp individual episode plots, I always held out a bit of hope that they sometimes did understand and appreciate the message. The episodes that struck me particularly deeply were ones that showed the importance of faith, especially in times of struggle, or how, when faced with the unknown, it is always better to respond with wonder and curiosity than with intolerance.

For example, there is a Catholic priest serving as the army chaplain and he often provided services or prayers for those of different denominations, or even faiths. He ministered a Methodist wedding, and said “Mi Shebeirach,” a Jewish blessing for healing in Hebrew for an injured Jewish soldier. These demonstrations of respect for others’ beliefs, as well as knowledge of ceremonies and a prayer in a different language, were touching. Though the show is fictional, representations of interfaith compassion are important and can inspire us to try to understand others.

There was also an episode in which an elderly villager, who practiced Shamanism, needed surgery, but would not allow the doctors to intervene because he believed he was possessed by spirits. Instead of giving up on him, the doctors honored his beliefs, and his granddaughter called for the local priestess to exorcise the spirits. This ritual was overall treated with respect by the other characters, who responded with curiosity and interest, even though it wasn’t something they personally believed or were familiar with.

While some moments like these may be lost on people who refuse to look for any way to get along with those who pray, think, and act differently than them, I was inspired that a TV show from almost 50 years ago contained messages encouraging just that. Though sometimes it can feel like everyone in the world is pitted against one another, it gives me hope that messages like this exist in a show that is enjoyed across ages, religion, and political affiliation.  If different people can enjoy something with such strong interfaith message, maybe we’re not so different after all?