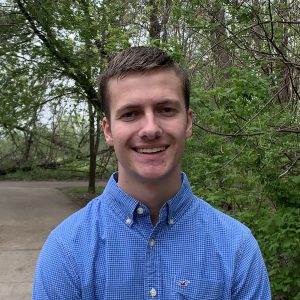 When I was younger my parents sent me to a small Catholic school. This was a decision I questioned every day. It was on the exact opposite side of town from my house, it was in a bad neighborhood, and it didn’t have all that great academic scores. They always replied with the phrase that when they were growing up the private schools were always the best and they wanted me and my sister to grow up learning about our faith. I didn’t see it that way and knew that I would do better if I was in the bigger public-school environment. I knew from the moment I learned what a university was that I wanted the opportunity to go to a university like UW-Madison and I knew that I would have the best chance if I left the Catholic school, so for high school, that’s what I decided to do. Of course, my parents disapproved but they came around; I lost friends, but I made new ones; and as you can tell my massive bet seems to have payed off. However, when I left Catholic school, I had the feeling that I was turning my back on my faith, that I was making a selfish decision.

The thought in my head was that in order to succeed I had to be selfish and only make decisions that benefited me, and my faith had no place there. That being a part of something bigger than myself would limit me. That was my thinking for a long time, until last semester when I was going through a crisis. I was in a rut; I was not motivated to do anything and could just feel myself spiraling downward. I was talking to my sister (who for the record decided to stay at the Catholic school for high school) and she suggested that I should try going to church again. I wasn’t thrilled at the idea but I was desperate for anything to get me out of cycle. The first mass I went to was Ash Wednesday and I was amazed at the sense of community I felt looking around and seeing all the people who had decided to take time out of their nights to express their faith. After that experience I decided I would try and go to church every Sunday and each time I went I felt a little more at ease. I went to confession for the first time and five years and was able to feel some peace as the priest lifted some of the burden off my shoulders. Slowly I begin to realize that being a part of a faith community was not a hindrance to my plans for success, being a part of the community was actually taking pressure off me and helping me to succeed.

The feelings that I had of forcing myself to choose between my faith and success were just plan wrong. I found that reconnecting with my faith opened up so many new avenues and experiences that could help me succeed far more than I would be able to on my own. Faith is an important part of people’s lives and it has the power to help people do incredible things. It brings so many people together under one common outlook and reminds us that we don’t have to go through life alone. It took me a long time to figure out that being a part of a group doesn’t lock you in place, in fact being a part of a group opens a part of you that allows you to succeed more than you ever could on your own.