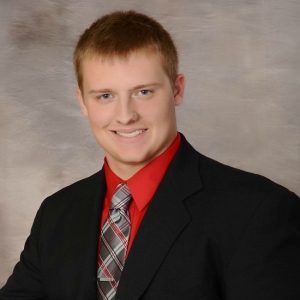 I am from Helenville, Wisconsin, a small town one hour west of Milwaukee. This has not always been my hometown as I have moved four times throughout my life. I was born in Belleville, Illinois and then six weeks later moved to Stoughton, Wisconsin. Our family lived five minutes away from my grandparents. We lived in Stoughton for seven years before relocating to Northville, Michigan for my dad’s job. My grandparents were sad that instead of living five minutes away we were now going to be a six hour drive away. After settling in, I found new friends and relationships to start rooting into my new home. But three years later, my dad received a new position so that we had to move across country to Seattle, Washington. After another four years, my parents decided they wanted to settle down closer to family. So we moved back to Wisconsin the summer before my freshman year of high school. That brought me to my hometown of Helenville, Wisconsin.

Moving entails uprooting and relocating to an unfamiliar community. All the friendships created in your old home must be put on hold. Since these moves were hard on me as a child I looked to my faith as the sturdy pillar in my life.

Making friends as a kid had not always come easy to me. Playing youth tackle football was a major help in creating new friendships, but I often felt lonely in unfamiliar places. After each move, I felt that the process was just a little bit easier because I had developed a process and I had my faith to turn to when challenges arose. As I grew older and encountered new challenges, I continued to lean on my faith.

Today, when I am dealing with stress and pain, I turn towards prayer to cope. Building a network of religious influences in my life has allowed me to lean on others during hard times. When I find myself lost and unable to see the light, I look toward my faith network to help me get through. I look to use my faith in everyday life to build a routine for structure to fall back on during tough days. The Catholic Church has been a pillar in my life that is unchanging while everything else is fluid. I look forward to talking with the other Interfaith Fellows to find out what roots them in their life and how they interact with their faith in life.