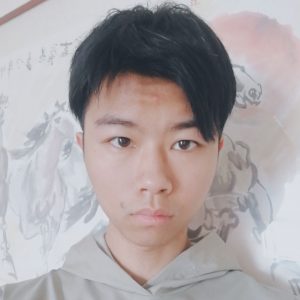 My interest in religious philosophy was kindled three years ago, when a young man with a severe borderline personality disorder made the decision to struggle against this destiny. I was born in the most impoverished major town in China, in a poor family full of quarrels since I can remember. My earliest memories were pain and fear. Bitter and resentful, my mother displayed her love to me by erupting whenever she was consumed by her temperament. I was careful around her, afraid of pressing the wrong buttons, but I soon learned that all the buttons were marked red. I began to crack inside myself, with self-hating thoughts, and I coated the cracks with delusions. I abandoned partners in intimate relationships before they could abandon and hurt me. In order to become the person who has the ability to love, I ran away from home with the decision to rebuild my life. Odd jobs and introspection were the only things that sustained me, but I realized that there was a door out of the fate I was born into — an education at a premier university.

In order to transform myself, I thought it was necessary to gain a deep understanding of life and the world. Therefore, I started my journey into religious philosophy since it could offer profound insights into these things. I began to understand the concept of causality. The self I desired to shake off was the product of parental abuse and a repressive environment. If I wanted to create a new self, I must make every effort to get rid of the negative impacts of past events. And on the other hand, I must conduct positive actions which would serve as new causes contributing to a new self—actions such as building up my confidence and improving my abilities. Besides, the study of those ideas relieved my painful and rancorous feelings towards the past; I began to understand the reason my parents treated me in that way was the fact that they also suffered many ordeals in childhood and were unable to get out from under the shadow; their lives were tragedies of fate and society. I realized the achieving the objective of self-transformation could not only redeem myself but also redeem my parents and the next generation.

The struggles at the beginning of my studies were tormenting. I had no educational resources, no knowledge of English; I could not even speak one complete English sentence or understand English books. But fueled by pure determination, I studied. And I studied really hard, often with the undesired company of a damaged soul. After a short period of time, as I gained mileage in my academic ability, I started to achieve high scores on standardized tests. As I collected confidence along the way, I became more stable. Empowered, I revisited the past causes that had brought distortion to my personality. I dug so deep that I finally found the root, and I exerted myself to pull it out, releasing its grip on me by sheer will power. It was an extremely painful process, just like a rattlesnake shedding its skin. Finally, I achieved self-redemption: I became a confident, peaceful and strong person.

I find a broader calling in my own story of self-transformation. With a better understanding of religious philosophy, I can see clearly how much human suffering is caused by self-incarceration by one’s past. Whenever I think about this, always in my ear ring the ominous words from Buddhist scriptures: “All sentiment beings are in torment, and we should deliver them from torment.” I feel it is my calling to climb to the highest position so that I can help people who are at the bottom, like I was.