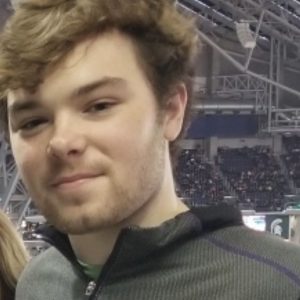 I grew up in a monocultural community in a suburb of the Twin Cities. People tended to look like me, act like me, and many shared the same beliefs that I did. Coming to school in Madison and living here for nearly a year and a half introduced me to communities I had never interacted with. Suddenly, I was encountering diversity every day.

Diversity in race and religion was the most significant change. Growing up in a town that was composed almost entirely of white Christians, coming to Madison and connecting with people of different cultures was refreshing. One of my best friends I met on campus is a Greek Orthodox Christian, which is a branch of Christianity I had previously known nothing about. My lack of knowledge regarding Christianity, my own religion, made me realize how unaware I was of other cultures as well. I desired the opportunity to connect with those of different cultures.

I then looked to the Interfaith Fellowship. This semester has been eye-opening as I am being exposed to more faiths than I ever have been. In our meetings we have discussed objects and passages significant to our faiths, and I have learned a lot about Jewish High Holidays, including participating in the Jewish Holiday Sukkot. I look forward to learning more about the beliefs and holidays of other faiths this year.

Although Madison is certainly a diverse environment, at least in my eyes, I can’t help but feel that more could be done to emphasize the importance of diversity, especially on campus. In my experience, most people fall into communities of people like them, because they are comfortable in them. A diverse community doesn’t mean much if people of different cultures are not interacting.

This is the aim of the Interfaith program, and why I chose to join it. Uniting people of different faith backgrounds emphasizes the importance of diversity, rather than just acknowledging that it exists. As a business student, I have been taught the value of having people with different strengths and identities on a team together. Everyone brings a unique view to the table, and different cultures are likely to have much different views. Diversity in the business world is seen as essential, and we should all see it in the same way.

We can no longer lock ourselves into monocultural communities. Diversity cannot be ignored. As an Interfaith Fellow, I am an ambassador for change. This group can be the catalyst for change in the community.

This is not a time to sit back and accept the current state of our community. I urge you to challenge yourself everyday to see through the eyes of someone else. Imagine the world as someone of different beliefs. Push yourself outside of your comfort zone and interact with someone new. Through this process, know that there is a group of students on campus with the same goals and intentions looking to make a positive impact.