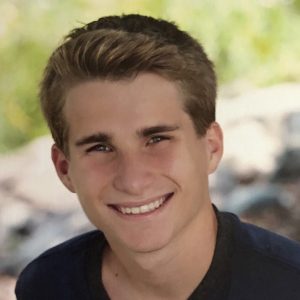 Unlike some of the fellows a part of the Center for Religion and Global Citizenry (CGRC) the University of Wisconsin Madison is not the only institution that I have attended. During my first year of college, I had the privilege to be enrolled at St. Norbert College where I had an amazing first year. St. Norbert College is a catholic liberal arts school founded from the Norbertine tradition. The Norbertine tradition is a sect of Catholicism that follows the preaching of St. Norbert of Xanten and the teachings from the Rule of St. Augustine. As a student who has attended a religious institution and the more secular University of Wisconsin Madison, I think I have a unique perspective about how the role of religion in postsecondary education can impact one’s faith.

As I have had time to reflect upon my experiences with religion at the two different schools I have attended, I came to a surprising realization. I have felt more active in my faith at the University of Wisconsin Madison than I did at St. Norbert College. Now how could I feel less active with my faith at a religious institution? The answer to that question, is the feeling I had of complacency regarding my religious identity as a student at St. Norbert College. You see, as a nondenominational Christian my beliefs aligned quite a bit with the core Norbertine values of St. Norbert College. I learned, at least in my experience, that attending a school that instilled religious beliefs that closely matched my own caused my faith to become stagnant. As I learned about Norbertine texts in English class, and toured the Norbertine Abbey in my introduction to honors class, religion seemingly overflowed into every aspect of my life. I unconsciously began to take a passive role practicing my faith and started to take my religious identity for granted.

When I transferred to the University of Wisconsin Madison there wasn’t a constant immediate reinforcement of my own religious beliefs from the school’s curriculum. This caused a radical transformation in my spiritual life; you see religion wasn’t going to come to me, I had to seek religion out. This forced me to take an active role in my own faith, and I began to explore the religious community here in Madison. My explorations led me to various religious organizations, some like my own faith and some that were radically different. This exposure to different religions made me feel a sense of inadequacy, as my limited knowledge of religious traditions was starting to act as a barrier towards my religious growth.

I knew I needed to educate myself so I could continue the exploration of my faith, and that is what led me to join the CGRC. The discussions that I have been able to partake in with other CGRC fellows have been invaluable. Being exposed to different religious ideologies and traditions has abolished the sense of stagnation within my own faith that I had felt before. Each discussion in CGRC that I engage in challenges the way I understand the world through the lens of my religious tradition. Learning about the complexity and beauty of other religions gives me a greater appreciation for my own.

I now know that it doesn’t matter whether your school is religious or secular to grow in your religious walk, what matters is that you seek out a diverse religious community. I wonder what enlightening interfaith conversations I could have had at St. Norbert College if I had not lacked the motivation to seek those conversations out, if my faith hadn’t felt stagnant at that point in my life. Who would’ve thought that exchanging the common sight of abbots clad in their white robes at St. Norbert for the common sight of students garbed in suits in front of Grainger hall in Madison, would have made me more religious.