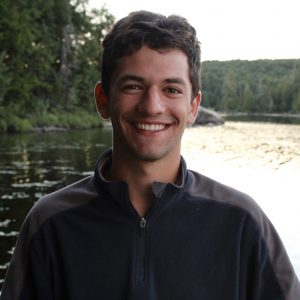 As a Jew, it’s hard not to feel victimized. I noticed that my explanations of my support for Israel, my family’s history, and my connection to my faith all start with one thing: The Holocaust. Surely one of the defining moments in the Jewish people’s history—a moment that came almost yesterday compared to some of the defining moments of other Abrahamic religions. The Holocaust (or Shoah) is a reason why American Jewry is what is, a reason why Israel is still around today.

But at the same time, there is just as much (if not more) value in sharing what support for Israel and connection to my faith look like today, and what the hope for the future is. It doesn’t sit right to be defining myself by things that happened to us as a people; we should obviously be celebrating our contemporary accomplishments.

But that’s not always made easy.

Four years ago, 44% of Americans said that there was discrimination against Jews in society. In 2019, that number has risen to 66%.

And just last year, there were 39 known anti-Semitic assaults, including Pittsburgh.

Here’s a different look at the same issue: Just last week, I was at the UW Hillel to listen to former US ambassador to Israel Dan Shapiro. Ambassador Shapiro shared a number of stories from his time working with Pres. Obama and Prime Minister Netanyahu. I was sitting with one of the many non-Jewish students who had attended the talk, and as we heard question after question from the audience, I thought about how the Q&A must seem to someone not part of the Jewish community:

“How should I explain my support of Israel while facing accusations of apartheid?”

“What am I supposed to do when anti-Israel speech crosses into anti-Semitic speech?”

“Why is there pressure to hide my Judaism when advocating for other issues?”

The heart of all the questions was the same: “Tell us that we’re going to be okay.”

I don’t think Jewish college students are particularly fearful, nor do I think that they exaggerate feelings of isolation and latent anti-Semitism on campus. I feel strongly that American Jews should be embracing Israel and her people’s accomplishments today, rather than dwelling on the tragedies of the past. It’s hard to do when faced with anti-Semitism. Spray-painted swastikas on dorm doors keep Jews victimized, reminding us of the Shoah (as if we were the ones needing reminding).

To combat anti-Semitism, we have to ensure that Jews aren’t alone in confronting it. The most resilient campuses are ones that have strong Jewish communities that are integrated with the larger campus. When campus leaders have ties to Jewish students, have experience at the Hillels and Chabads, have a grasp on Israeli issues—when that is developed, there is a strong network to confront anti-Semitism swiftly and from all sides. So that when anti-Semetic incidents, be it graffiti, racist videos and posts, or BDS movements gone too far, a campus feels that it didn’t just happen to one group, it happened to them. In this light, inviting my friends to Hillel, taking Middle Eastern courses, learning from and teaching other interfaith fellows—these aren’t just ‘demonstrated interest’ in religious issues, it’s the little I feel that I can do to start making those connections.