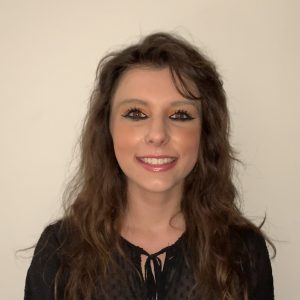 One of the most disconcerting aspects of religion in the United States is the degree to which politics and religion overlap, although they are constitutionally intended to be separate. It has always been common to see politicians use religion as a bolster for their campaigns or agendas- even now we have a “chosen one” claiming office. I have always thought it distasteful to appropriate religious ideology for personal gain in politics; while some politicians utilize religion as a moral guide for their policies, others simply say you are either Christian or not, and therefore with my campaign or not. Until recently, however, I had never considered the manner in which religious leaders could use their influential position to influence the political opinions of lay people.

One weekend, my brother and mom went to a Catholic church on the west side of Madison, and I asked them how the Sunday service was. To my surprise, my brother said the majority of the service revolved around the priest denouncing abortion, and demanding action on behalf of the congregation to oppose pro-choice laws. I found it shocking, not just because of my personal political beliefs, but because this man with so much power was feeding political opinions directly to those people who trust him to tell the absolute truth. Furthermore, the service had revolved around political opinions without any influence or citation from scripture. This lack of direct religious basis for these types of opinions is dangerous, because it means that religious leaders can pervert the power of their position, and gives them the power to shape both religious and political beliefs. The priest had essentially adopted an opinion surrounding a woman’s choice and fed it to his congregation.

Whether someone believes in abortion or not is beside the point; I believe one can be Catholic and also pro choice, but some don’t. I believe a Cahtolic should support taxation of the rich so that the poor can survive, but some don’t. I do not expect all Catholics to have the same political opinions, just as I don’t expect all Democrats to have the same religious affiliation. But what shocks me about today’s religious atmosphere are the connections which anointed religious leaders make with politics, without regard to the fact that their position in power greatly shapes how a portion of the electorate thinks. This not only has an effect on the way lay people vote, but it affects the associations they make with being a “good” or “bad” Catholic. Rather than focusing on a Catholic or Christian lifestyle, people assume that “Christian” leaders are the ones who share the same political opinions as those dictated by members of their congregation. And these political opinions, most of the time, have little to do with scripture or lifestyle.

While my religion has always been a guiding force for the way I vote in elections, my political opinions have never been spoonfed to me by a clergyman who was neither citing scripture, nor United States law. Rather, my political opinions have been shaped by the doctrines of Catholicism, and the way I see these doctrines applying to those around me. Religious and political opinions should not be dictated, but informed by experience. My strong response to this event leaves me questioning whether or not the Church and state are truly separate, and whether or not it is appropriate for my priest to dictate my vote. How do we decide when the politicization of the Church has gone too far?