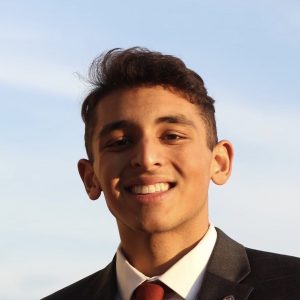 For me, interfaith dialogue and discussion occurred almost as early as when I learned about my own religion for the first time as a young kid. I feel lucky to have had parents who taught me from a young age about my own religion, Islam, as well as how my religion was related to the other Abrahamic faiths: Christianity and Judaism. As a young Muslim child growing up in a predominantly white Christian community, knowing these similarities and differences proved a valuable skill for me.

When asked about my religion from fellow students, teachers, and other adults, the most common question I was asked was “well, so do you believe in Jesus?”, and oftentimes people were surprised when I answered “yes” with a smile on my face. Being able to discuss my religion with others from an early age taught me to be accepting of other faiths as well. Oftentimes I would find myself in a church for a school or sports event, and many times I would be offered a place to pray one of my daily prayers, a gesture that meant a lot to me at a young age.

Along with being able to discuss faith with Christian friends of mine, I was also able to learn and discuss similarities between Islam and Judaism as well. One gesture that has stood out to me above all was after the New Zealand Mosque shooting. This act of violence especially saddened and frightened me, as Muslims were gunned down in an environment not very different from my own. The Mosque has served as a place of learning and community for me, and has been a place where I have gained some of my closest friends. As I went to attend Friday prayer at the Madison Mosque right off the UW campus, I was greeted by Jewish men and women standing in solidarity at the door. This small act of just standing outside the Mosque and greeting people as they entered, made a huge impact on how I and many other Muslims on campus felt. It made us feel safe; it made us feel like we were not alone in our grieving.

While I have been able to share and discuss my beliefs with many others in and outside of school, one area where my interfaith dialogue is lacking is learning and discussing my faith with religions outside of the three Abrahamic religions. I admittedly have not had great exposure to faiths and spiritualities outside of these. For me, interfaith dialogue with Christianity and Judaism was almost a low-hanging fruit, as the three religions are inherently intertwined. Before college, I wasn’t even familiar with the idea that many people align themselves more to a spirituality or creed rather than a specific faith/religion. One such example was learning how different followers of Hinduism may follow or align themselves with different Gods in the religion, which shows variability even within a single religion, something that is not common in my own faith. Joining the CRGC fellows has allowed me to begin interfaith dialogue outside of my comfort zone, a skill I hope to hone in college and well after I leave UW-Madison.