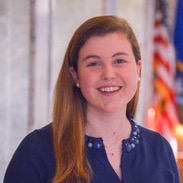 As the Democratic candidates for President of the United States are off to the races in the next few weeks, the country waits in suspense to see who will oppose one of the more controversial Presidents in American history.

Being from Washington, D.C. and a political science major, I have always tried my best to stay up to date, but in the last few months I have removed myself because the media tends to focus on politics rather than policy.

The most recent Democratic debate was the first one I watched in full this election season. I turned off the TV feeling pleased with the level of respect, civility, and cordiality that each of the candidates displayed in their debate performances. However, the content sometimes strayed away from policy plans and focused on identity politics.

Politics has always included identity, but as the American population continues to grow and diversify, identity appears to be a more pressing issue. Senator Warren and Senator Klobuchar are emphasizing their female identity, Mayor Buttigieg often discusses his sexual orientation, and Vice President Biden talks about his life as a single parent. While I understand identities make the person that is running for office, I believe that a candidate will make a strong elected official because of the policies they put in place.

Religion is one of the many categories of identity in the United States. Since the birth of this nation, freedom of religion has been at the forefront of our rights, but I fear that religion has become a weapon in the political world. For example, some people of faith use their religious background and identity to discriminate against others. Additionally, religion and religious places have become targets of political hatred.

Over the past decade, Americans have seen churches, synagogues, temples, and mosques targeted with violence by ignorant hateful people. I worry that the movement towards identity politics is creating more ignorance and a toxic level of allegiance because people are supporting candidates with whom they share an identity, rather than evaluating their policies and the plans they have for the county. This practice creates higher levels of polarization because smaller and smaller cohorts are formed.

Instead of using identity to choose candidates, Americans should use identity to inform their positions on policy and issues. This practice will create a better informed electorate and stronger leaders for the country.

I hope that the Interfaith Fellows of the UW-Madison Center for Religion and Global Citizenry can spend the next semester surveying, researching, and discussing the role that identity, and specifically religious identity, plays in American politics. Through our personal backgrounds and experiences we can bring a lot to the table. As we learn more about this topic and ourselves I think it would be a productive discussion to bring to the entire UW-Madison community; as I learned recently, religion plays a big role on this campus, whether you choose to participate in it or not.

Lastly, this discussion is even more important now as many freshmen, sophomores, and juniors have their first opportunity to vote for President of the United States this fall. College students have proven that they can have a large impact on elections, so it is our duty to have these difficult conversations in order to stay informed.