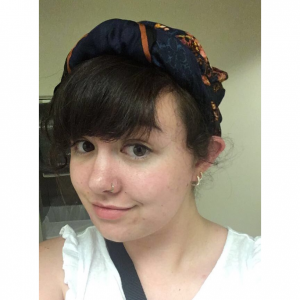 I’m from a small town in Wisconsin—2,564 people as of the 2010 census. Sports games were prime spots for socializing, there are 3 Culver’s within a 10-mile radius, and I got stuck driving behind tractors often; it is about as Midwestern as it gets. A major facet of our regional behavior is the often-true stereotype of excessive politeness. Only upon coming to Madison did I learn that this was different than much of the rest of the world. Despite this realization, I still often default to exercising these manners, mostly because, well, why not? Isn’t it better to play it safe and avoid any discomfort?

While “yes” might seem the obvious answer, there are times when playing it safe can have unintended consequences. There are a lot of topics that many Midwesterners stay away from, to avoid making things “uncomfortable;” unsurprisingly, religion is one of them. While I can’t say for certain, I generally chalk this up to the fact that any discussion beyond casual questions, like gas prices or which local church one goes to, starts to get a little personal. Discussing anything personal in casual conversation is considered somewhat taboo in my experience (as was answering that you didn’t go to church, or even practice Christianity). And while avoiding discomfort might seem ideal, there are some things that are simply too important to avoid talking about.

When we avoid interfaith conversations, we aren’t being protected; we’re simply allowing ourselves to live in ignorance of others’ lives and traditions. This was one of the things that drew me to become an interfaith fellow—these conversations were rare in my school, and I often saw firsthand the harm that can come from this ignorance. Not only do biases go unchecked, but we are left with an underdeveloped sense of the world’s true diversity. Additionally, when we have these discussions, we acknowledge that non-dominant narratives deserve an equal place in conversations. If a school choir sings 2 Christmas songs and one Hanukkah song, they aren’t being “political” for adding the latter when they’re both during December. Saying “Happy Holidays” isn’t “forcing a political agenda”- it’s the acknowledgement that there are a lot of holidays and we don’t automatically know which ones someone celebrates. Moreover, refusal to discuss religion may enforce harmful status quos. For example, consider a school setting where homophobia is considered permissible as part of Christian religious freedom, but questioning this is “too political”; this environment reinforces harmful norms around sexuality and the acceptability of certain identities. Dialoguing around religion and identity can increase understanding and help lead people to reconsider these norms, moving us beyond the status quo.

Now that I’ve been sufficiently controversial (within Midwestern standards, at least), I hope that the importance of interreligious dialogue has become a bit clearer. I still have a lot to learn, but I’m grateful for the perspective I’ve gained and the conversations I’ve had this year. Openness is hard, especially when it’s a fairly unfamiliar concept, but it leads to knowledge, clarity, friendships, and equality—making it very much worthwhile.