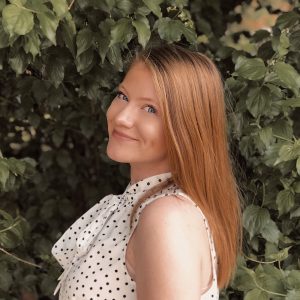 When I was in Catholic school as a child, everything seemed so structured, far beyond what I thought was right. There appeared to be a stable path for getting into heaven, for living one’s life with grace – a checklist: do this, avoid that. This rigidity was a small push factor in my decision to break from the church, causing me to see hypocrisy in the minuscule details– how they treated people, how noninclusive it seemed, and more.

Last week, we attended an event on LGBTQ+ interfaith advocacy, something I found particularly interesting due to these seemingly rigid religious rules. Three speakers, representing Islam, Catholicism and Judaism spoke about how they interpreted their faiths as being representative of their identities. I found this event thought-provoking because I was never taught how individualism can play into religion, or how it can influence how one practices it. I loved hearing the specific passages that countered traditional thought, enjoyed seeing the eloquence of the presenters as they explained their stories, and left feeling confident in the future of interfaith leaders.

Visiting religious sites this week, we headed to a Hindu temple, something unfamiliar to me. As I learned more about the religion, one thing stuck– there are no rules. Nobody can govern how you practice, except for you. Coming from a religion with many rules and guidelines, I was intrigued by this idea. I found it alluring how everyone practices Hinduism in different ways, creating their meaning of the religion depending on how they worshiped.

I was so inspired by the things I learned last week that I wonder if things would have been different if I had interpreted Catholic teaching the way I saw them rather than the way that other people saw them. While I lack a strong desire to return to the religion, I would love to learn more about how others practice their religion according to their own guidelines, like the individualism of Hinduism or the interpretations of LGBTQ+ teachings. I find it beautiful that people can practice in so many different ways, yet find community in the same group. Being an Interfaith Fellow has taught me about the true meaning of community and acceptance, and what it means to genuinely learn from those around you. Some people take a gap year, some study abroad, and some spend their days traveling the world. However, I find contentment in knowing that through the Interfaith program, I have grown to be a more worldly person with a wider global lens.