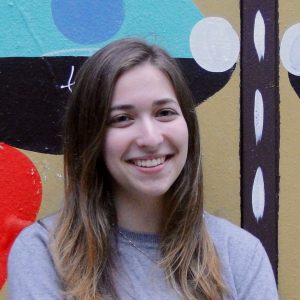 Like many people, I’m stuck in my house right now, and I’m turning to various forms of art and media—books, movies, shows— to pass the time and give me an escape from the absurdity of our current reality. Unlike many people, I do not see my own face reflected back at me from the media I consume, but I don’t expect Western media to remember me (an Orthodox Jew) often, a tiny subsect of a minority.

When I am remembered, it’s worse than being ignored.

Netflix recently released a series called Unorthodox. From the advertisements, I’m supposed to be excited about Unorthodox being their first Yiddish-language series. I’m supposed to be happy about the supposedly vast amount of research Netflix did to ensure their portrayals of people like me would be “authentic.” Spoiler: I’m not. I haven’t watched Unorthodox, and I don’t plan to. In the past, watching movies such as Disobedience and New York, I Love You has left me burned—being promised representation, only to find the same heartbreaking story.

Let me set the all-too-familiar scene: A gorgeous young Orthodox Jewish woman, either unhappily married or unhappily about to be, feels oppressed by her religion, her community, and her place in both. She struggles, and breaks free of the burdensome, depressing life. She ventures out into the supposed freedom of secular society, finding herself on the way. Mazel Tov!

This story, told over and over in movies and shows, reflects some people’s truth. Certainly, there are people for whom Orthodox Judaism is constraining, and a shift away from religious practice feels deeply painful, but necessary. I have no wish to belittle such difficult experiences.

However. I cannot name a single Western portrayal of an Orthodox Jew that does not represent the community, the culture, and/or the supporting characters in a negative light. This is unacceptable. Not only is the media’s insistence on an archetypal story sensationalist, fetishist, xenophobic, and disrespectful to Orthodox Jews, it is also disrespectful to the intelligence of the consumers. It creates an assumption that this is the only story worth telling about the community, and pushes the idea that real-life Orthodox Jews who do not turn their backs on religion are either oppressors or too stupid to recognize that they are being oppressed. As an orthodox Jewish woman, I am very satisfied with my lifestyle and religious choices, but because I didn’t reject the lifestyle I love and find meaningful, the entertainment industry has decided I am uninteresting. I demand that you, the American consumer, be better than Hollywood, Netflix, Amazon, and all the others think you can be.

It is important for us all to be careful when consuming stories, especially stories created by outsiders for outsiders, about communities to which we do not belong. In this difficult time, when we are distanced from each other and turning to entertainment more than ever, it is particularly important that we consume critically and ask questions like: Who is making and profiting from these stories, and why? Who is the intended audience? Which stories are we seeing, and which stories are being ignored? If we are to create a world that is safe and welcoming to people of all backgrounds, we must first be open to hearing stories from everyone, and not just those that are familiar and comfortable to our preexisting sensibilities. Here, interfaith work is critical. Familiarity with each other’s experiences helps us answer these questions more easily and recognize when we are being told stories that sell others short.