Location: Zoom | Please email crgc@wisc.edu for the link to this event

Join the Interdisciplinary Religion Group as we learn from Dr. Ben Shannon, a lecturer in the History Department at the University of Wisconsin. His presentation will reflect arguments put forward in his recently completed dissertation on the politicization of religion. In particular, he will discuss how a West German protest group, known as the Political Night Prayer, helps us to understand the Christian-Marxist encounter of the 1960s and 1970s and its lasting impact on Christian political engagement. 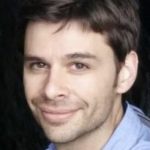 I am a historian of modern Europe, with an interest in questions of culture, politics, and religion.  My current research focuses on the relationship between Christian theology and West German protest movements during the 1960s and 1970s.  More specifically, I study the ways in which Christian activists employed theological principles to justify political action, encourage opposition, and pursue social justice.  These goals, expressed most clearly by the Politisches Nachtgebet movement, challenged traditional Christian institutions and brought Christian protest groups into close contact with the New Left, the Student Movement, and the Extra-Parliamentary Opposition. Exploring these issues puts my work in dialogue with recent debates concerning the character of the German Left, the nature of church-state relations in modern Germany, and the relationship between secularization and religious renewal in twentieth-century Europe.
Please visit benjaminshannon.net for more info.