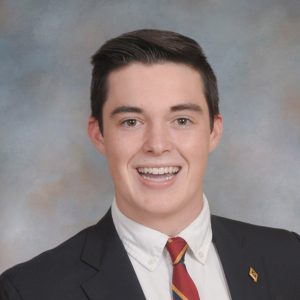 My favorite part of being a Christian is the community that comes along with it. Community lies at the core of most religions, and is the foundation of the concept of religion. Often, religious community turns into an extended family—helping to raise children, sharing meals together, overcoming life’s challenges alongside one another, and providing weekly constancy and routine. They say it takes a village to raise a child. For me, my faith community was very much a part of that process.

Over the last five months, that community has been all but absent. Sunday morning services and weekly gatherings have been held over Zoom, but it just isn’t the same. Easter came and went in a way I don’t remember happening since I was a child. Unfortunately, this loss of community made it harder for me to feel a deep connection to my faith. I could feel myself thinking less and less frequently about my relationship with God and my faith background.

This pandemic came at a time when I was already going through a transition in my faith journey. Having grown in the same church for eighteen years, moving to a new state meant having to start over and find a new community. My freshman year, for the first time in my life, I didn’t have a church to call home. I found a youth group for Christians in the Greek community which remains a safe and welcoming space, but I began to notice that most of the people I was surrounding myself with at school weren’t Christians; they were either agnostic or Jewish.

And yet, I noticed I felt rooted in my own faith more than ever before; how could this be? Fast forward two years to the COVID-19 pandemic, and I now had more time than ever to reflect on this question. While UW-Madison is by no means a very diverse school, it did present some of the first opportunities in my life to surround myself with people who experienced faith differently than me. In learning more about other religious traditions, and people’s experience without religion, I was forced to question my own beliefs. The result was not only becoming firmer in my own beliefs, but learning that in recognizing and embracing how others experience faith, rather than ignoring it, I become closer to them and to my understanding of faith. Hence, I began to understand that my idea of a faith community was evolving. Now my faith community consisted of friends who held different beliefs than me, and who were willing and open to questioning my faith and their own. I understand that now for me, what is most important isn’t the religious anatomy of the group, but simply the existence and closeness of that community.

The conclusion that experiencing and embracing the otherness of others as a path towards both growth and inclusion is something I’ve been thinking about for some time, but quarantine gave me the mental space I needed to draw some important conclusions. And now I’m so excited to be a part of this fellowship, which is dedicated to recognizing and learning from the otherness of one another. I’m excited to grow in community with you all.

Were you able to use quarantine as a time to reflect on your faith or beliefs? If so, was that reflection fruitful?