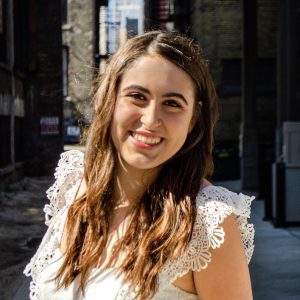 The United States now more than ever is suffering from political polarization. The upcoming presidential election mixed with social and modern media has led to turmoil amongst families and friends. And like everything else in life, politics involves religion.

I recognize that the United States functions with a separation of church and state. Yet I also recognize that even in 2020, there isn’t a total separation between them. But I do however, believe that voting based on faith and running a political platform based on faith are two different things. There should be a separation of church and state in our political parties; however, not allowing one’s faith to inform how one votes would be separating a large part of one’s life from an important decision.

I was raised in a household where politics were simply not talked about. For example, I never saw my parents watch anything but local news; no Fox News or MSNBC. But this doesn’t mean that my upbringing didn’t inform my political beliefs. In my mother’s words, my parents raised me as a Catholic “to give me a good moral backing,” and I believe my religion has given me just that. And so, I vote based on my faith.

I am a Roman Catholic white woman which comes with many privileges. When I talk politics with people I often get the question “Well aren’t you Catholic? Aren’t you supposed to vote for _____?” . And while the answer to that question is complicated I usually say “nope.” And yet I do vote based on my faith.

When I tell people that, they are often angered, assuming my political stance. But the reality is that I use my faith to make morally-informed decisions. As a Catholic, I was taught to love thy neighbor; and I look to Jesus, specifically the example of his life and teachings, to help me evaluate the hot button issues of today.

There is a saying that says “if a supreme court case never made a ruling to decide your rights, you have privilege”. And as a female identifying person I have had the Supreme Court decide if I had the right to vote and more recently whether I have access to reproductive care. But the privileges I hold are much greater than the disadvantages I face. Jesus taught me that we are to give voice to those who cannot be heard. I feel that my right and capability to vote is one of the greatest powers I have when it comes to speaking for those who cannot speak for themselves.

It’s interesting to engage in conversation with my fellow Catholics who have a different political standpoint and yet say they also vote based on their religion. Different people find different aspects of their religion more important than others. For me I strive to be as christlike as I can be when I fill in the bubbles on a ballot. For me this means I prioritize the needs of others, the needs of those that do not have the privilege I yield. Others might prioritize the needs of themselves and the people they know personally, or they prioritize things of monetary value.

And overall, I think if Jesus were physically present on Earth today, would I feel guilty if he saw me fill in my ballot? I strive for that answer to be no.

5 thoughts on “Maintaining Faith In The Political Sphere – Anna Aversa”