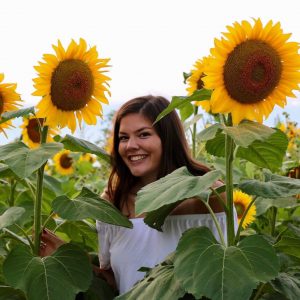 As you may or may not remember from my last blog post, I have a slight obsession with news programming. In the aftermath of the election, I was camped out on the couch, glued to the television, watching the news to ease my anxieties (though really maybe intensifying them). Simply put, that week was a sleepless and emotion-filled blur. I heard commentary on the endless counting of absentee ballots, announcements of states turning red or blue, analyses of the demographics of counties, and most relevant to this blog post, a sprinkle of Christian euphemisms and quotes.

Throughout the week, Joe Biden reminded his fellow Americans to “keep the faith.” In his Saturday night speech after being announced as the elected President, Biden shared a rendition of a popular bible verse, “to everything there is a season: a time to build, a time to reap, and a time to sow and a time to heal,” and a hymn that he associated with his deceased son, Beau: “And he will raise you up on eagles’ wings, bear you on the breath of dawn, and make you to shine like the sun and hold you in the palm of his hand.”

I feel like I’m at a crossroads with these religious undertones within our political sphere.

I don’t consider myself very religious anymore, but like Biden, I’ve leaned on religious texts during emotionally charged times in my life. Ironically enough, it was Biden’s book, “Promise Me, Dad,” that I cherished during an especially uncertain time a few years back. It is very clear that Biden is a man of God and that his faith has been his rock as he has navigated his life.

While religious text and references to Christianity can make me feel like I’m wrapped in a hug from my grandparents, they can also stimulate a sudden cringe that causes my body to curl up. I am often bothered by the constant presence of Christianity in society. The traditions are exclusive and don’t represent or encompass the ideals of so many of my fellow Americans. Biden is looking to unify our nation, but Christianity is not something we all have in common. To many, Christianity or even the mention of God brings an overwhelming sense of division and harm, due to the history of using the religion as a weapon to control, assimilate, colonize, and oppress particular identity groups.

Unlike our often polarized news programming, I empathize and see value in both sides. While Biden exemplifies so many of the privileged identity types, it does kind of feel like a double standard to deprive him of his religious identity. That said, could he tone down the religious references? I’d say so. But also, I suppose maybe he was using Christianity to round up some conservative support? Is oppressing some folks to please other folks okay? I don’t find that morally right. Clearly, I still don’t have an insightful answer or opinion to how to negotiate identity and religion within the political sphere.

To get down to the bottom of this debate, I think we all need to hold close to heart a sentiment that President Elect Biden communicated in his acceptance speech. He said that he wants to have an America where we all “listen to each other again.” I share this dream with him. I’d like to live in a country where folks of all religious backgrounds can talk and listen and question the systems of power. Maybe once we listen to folks again, and especially folks that our system has relentlessly oppressed, we can make decisions that reflect the good of all people.