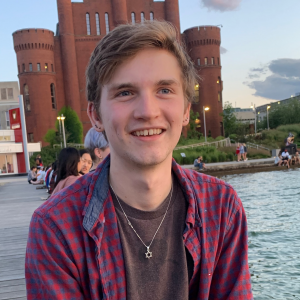 Before reading this post, here are a few disclaimers/ caveats that I had in mind while writing.

I would pay big Shekels to a Jew who has never had to explain Hanuka as Jewish Christmas (to an elementary school classmate, while babysitting a kid, or really anyone). It’s a reflex; it prevents a potentially boring explanation, saving time and keeping the other kids from thinking you’re weird for lighting candles and celebrating an ancient war. I can’t deny the pros of calling Hanuka the Jewish Christmas, but it makes me uncomfortable for several reasons which I’ll outline, the foremost being that it’s inaccurate. They’re very different holidays. Christmas is one of the biggest holidays in Christianity while Hanuka is a minor Jewish holiday. Christmas has historically had gift giving, while Chanaka has only had that tradition since the early 20th century when Jewish immigrants didn’t want their children to feel left out around Christmas (in other countries gifts are given, though not as frequently as in the US; however in the early 19th century there was a more pronounced difference).

Hearing Channuka is the “Jewish Christmas” is usually followed by believing that Judaism is Christianity without Jesus (or even worse, Judaism is the unevolved form of Christianity). Some key differences beyond the absence of Jesus include: different approaches to textual interpretation, different stances on proselytization, different fundamental beliefs on the nature of G-d, different calendars, and different belief on the afterlife and sin.

Theological and historical inaccuracies aside, Jewish people experience real oppression (micro and macro-aggressions), and the framing of Judaism as Christianiy’s fraternal twin makes that suffering seem less real/frequent. I’m not interested and nor do I have patience for some Christain to enthusiastically say we’re identical—because this hypothetical person didn’t have people throw pennies at them in the locker room, this person didn’t have people do nazi salutes to them daily in school, and I’m willing to bet they don’t have family members buried in unmarked mass graves in concentration camps. Judaism and Christianity do have many textual similarities, but beyond those similarities, we are very different religions, and hearing someone trying to gloss over those foundational differences hurts me and shows an unwillingness to give respect to people’s histories and beliefs.

This is different from using past experiences to frame and understand new information (comparing another religion’s holiday to your own), as initially using the lens of your own experience is the only way to comprehend new information. My beef is with people who only look at religions through their own lens, and refuse to appreciate religions for themselves—in essence reducing every belief/practice of another religion to a remix of their own, and refusing to spend the brainpower to comprehend and respect how the religion stands on its own

It boils down to the following: I am Jewish, my holidays are Jewish holidays, and I like it when people acknowledge that. It’s true regardless of acknowledgement, but it feels nice.