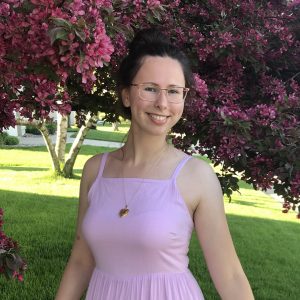 There’s nothing quite so touching as a passionate piece of writing that fervently expresses the innermost workings of the author’s soul. From a childhood lost in Narnia and Harry Potter to a college career devoted to hefty classics like War and Peace, I’ve always relied on literature to shape, challenge, and inform my views on the world. It’s only natural, then, that my understanding of my Eastern Orthodox faith was formed mainly through engaging with the works of the Russian greats: Tolstoy, Dostoevsky, and Chekhov. Most recently, I was deeply struck by a short story of Chekhov’s, the prominent playwright and author. In his short story “The Student”, he manages to portray such a vivid, hopeful faith that it reinvigorated my own relationship with religion (and made me cry a little, too).

“The Student” begins with Ivan Velikopolsky, a seminary student in rural Russia, making his way home through miserable weather, feeling thoroughly hopeless at the state of human suffering in Russian peasant life. He stops to warm himself at a fire, to which two poor women are tending, mother and daughter. Ivan finds himself telling them the story of the Apostle Peter on a similarly despondent night, and of Peter’s immeasurable grief after he denies knowing Jesus. Touched profoundly by the idea of Peter’s suffering, the mother begins to weep, surprising Ivan. On his way home, Ivan experiences an epiphany, and rather than paraphrasing, I’ll share Chekhov’s striking description of this emotional revelation:

“And all at once he felt a stirring of joy in his soul and even paused for a moment to catch his breath. The past, he thought, is tied to the present in an unbroken chain of events flowing one out of the other. And he felt he had just seen both ends of that chain: he had touched one end and the other had moved.

And when ferrying across the river and later climbing the hill he gazed at his native village and to the west of it, where a narrow strip of cold, crimson twilight still shone, he kept thinking of how the truth and beauty guiding human life back there in the garden and the high priest’s courtyard carried on unceasingly to this day and had in all likelihood and at all times been the essence of human life and everything on earth, and a feeling of youth, health, strength—he was only twenty-two—and an ineffably sweet anticipation of happiness, unknown and mysterious, gradually took possession of him, and life appeared wondrous, marvelous, and filled with lofty meaning.”

For Ivan, the fact that Peter’s story, something that happened millennia ago, could elicit such a genuine emotional reaction in two simple peasant women of his day was a direct sign of some holy force connecting people across time and space. To me, there is something so profoundly beautiful and comforting about the idea that all of humanity is linked across the ages through truth and beauty, which are the essence of human life. Regardless of your faith, it is wonderful to imagine that humans, with all of their complexity yet all of their beauty, have and will be around for ages, and that there is something great bringing us together, simply by nature of our existence as human beings. For me, this profound connection organically implies the existence of a benevolent higher power able to unify its creations on an ascendant level; this, to me, is God. Nonetheless, Chekhov doesn’t attempt to proselytize, explain the deep feeling of faith he expresses, or assign a purpose to the beautiful existence of humanity which he describes through Ivan. He simply leaves the reader feeling similarly wondrous, full of lofty meaning.

Having grappled with some difficult and frightening questions in my faith recently, as a result of the all-too-often tragic state of the world, this piece was nothing short of a breath of fresh air. It was a chance to bring new life to my relationship not only with God, but with humanity as a whole.

Questions for interfaith fellows: did the excerpt from Chekhov’s piece resonate with you at all? If not, is there a work of literature that does effectively reflect your faith that you’d like to share? Do you agree that there is something larger linking all of humanity together across time and space? I’m looking forward to engaging with your thoughts.