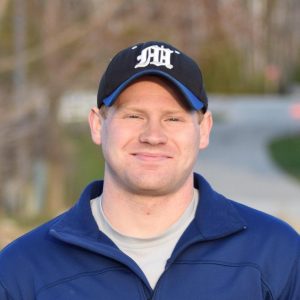 The Book of Mormon is a record of God’s interactions with His children on the ancient American continent and another testament of Jesus Christ. It was written through revelation and prophecy by ancient prophets, who engraved their words on gold plates that were passed from prophet to prophet. Before the plates were buried under God’s direction, a prophet named Mormon quoted and compiled the writings to form an abridged version of the plates. Those plates were later shown to the prophet Joseph Smith, who by the power of God, translated them into the first English edition which was published in 1830 as “The Book of Mormon.”

The central purpose of the Book of Mormon is to show all who may read it the tender mercies of God and to convince all that Jesus is the Christ, the Son of God. In my religion, the Book of Mormon complements the Bible and helps to further explain its teachings, as well as to provide a “fulness of the everlasting gospel” by telling all “what they must do to obtain peace in this life and eternal salvation in the life to come.” We read both the Bible and the Book of Mormon as two separate testaments of Jesus Christ and His teachings.

For me personally, the Book of Mormon has been instrumental in helping me to learn about Jesus Christ and develop my faith in Him as well as God’s plan for His children. It is my favorite book and one I turn to daily to find inspiration and peace. I often read through the stories and return to passages that have become meaningful for me, reflecting on what is taught, and applying these principles in my personal experience. I consider it a handbook of instructions for my life that helps me to draw closer to my Heavenly Father and Savior Jesus Christ on a daily basis.

This brief description obviously does not capture all the details that can be shared in regards to the Book of Mormon, but it does provide an accurate and basic description of what the Book of Mormon is, while also touching on its origin and purpose. Is there anything sacred or of great importance to you that is often misunderstood or misrepresented by others?

7 thoughts on “Crash Course: The Book of Mormon – Bryce Couperus”