On February 10, Adam Stern will present on a chapter from his forthcoming book, Survival: A Theological-Political Genealogy. This work attends to survival as a notion of critical historical urgency. Beginning with the identification of “Jewish survival” as a prominent rhetorical transit-point for this discourse, it redirects the genealogy toward the theological-political history of Latin Christianity. Survival, the book argues, translates the image of Christ’s sovereign body for the modern, secular political imagination. 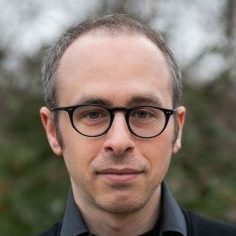 Adam Stern joined the Department of German, Nordic, and Slavic and the Center for Jewish Studies in 2019. He previously held a position as a postdoctoral associate in the Whitney Humanities Center and Program for the Study of Antisemitism at Yale University, and before that, received his PhD in the Study of Religion from Harvard University (2017). His book, Survival: A Theological-Political Genealogy, will be published with the University of Pennsylvania Press in March. Other work has appeared in or is forthcoming from The Journal of Religion, CR: The New Centennial Review, Word & Image, The Immanent Frame, and elsewhere.