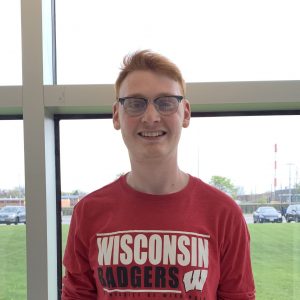 One of the key aspects of my life as a modern Orthodox Jew is prayer, and in religious communities, one of the physical particulars of prayer is gender segregation. In prayer spaces in religious synagogues, there exists a dividing wall or curtain between the men’s side and the women’s side known in Hebrew as a mechitza (מחיצה), which in English literally means partition or division.

My experiences with mechitzot have not only occurred in synagogues, but also in the various day schools that I have attended throughout my life, and my opinions and thoughts about mechitzot have changed throughout this period. These shifts in my understanding of mechitzot have been due to the fact that not all my experiences with Jewish prayer have been in spaces where mechitzot exist. For example, the Jewish high school that I attended belonged to the Jewish Conservative movement, which does not segregate genders during prayer; whereas, the elementary school belonged to the Jewish Orthodox movement. When I first entered high school, I was not used to the mixed prayer; however, I grew to enjoy it.

As I became more familiar with mixed prayer spaces, I began to speculate as to some of the reasons why more religious or Orthodox spaces, similar to my own synagogue, segregated genders. One undeveloped speculation that I had, was that the division in Orthodox spaces was due a desire to set the tone that men and women are unequal in their participation in the services; in reality, most synagogues with mechitzot are congregations where women are not allowed to participate in the prayer service. To be frank, I believed the division was unfair and a nod to chauvinist underpinnings in the traditional Jewish faith.

Throughout my time at the University of Wisconsin-Madison, I have become very involved with the Chabad on campus and I have also developed very close relationships with the rabbi, his wife, and their children. In the numerous conversations I have had with the rabbi, I brought up some of my sentiments regarding the use of mechitzot in religious prayer spaces. He explained to me that the intention of the Rabbinic rulings and laws surrounding segregated prayer was, among other reasons, to foster a sense of gender affinity within the respective genders. Generally speaking, gender affinity is the love or bond that one has for their respective gender. The point of cultivating gender affinity is not to privilege one gender over the other, but rather to convey and reinforce strong feelings of connection to one’s gender. In addition to fostering gender affinity, I also contend that mechitzot help communicate the understanding that women and men have varying prayer experiences and this variance is unique and beautiful. The variance reminds us that while we are all Jewish people, we also have different genders, which is beautiful.

My adoration for mechitzot does not come without my understanding that mechitzot are not completely comfortable or accessible for folks who do not fit into the biological or social constructs of gender.

Ultimately, mechitzot are extremely important to me because they separate the normal from the holy. More explicitly, in my everyday life, I interact with people from a variety of genders and that is normal. However, when I walk into spaces where mechitzot exist, I am reminded that there is an inherent sacredness in the place because we are separated, unlike the rest of the day where we are all together. I believe that a firm separation helps to maintain the sacredness and holiness of the prayer space.

5 thoughts on “My Take on Mechizot: The Gender Affinity Behind Segregated Prayer – Aitan Maeir”