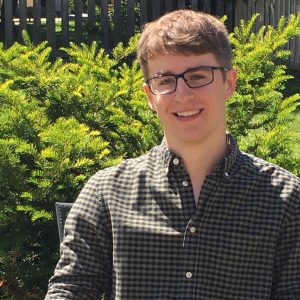 Allen Ginsberg’s Howl was not, I believe, written to be read in a book (much less off a screen) but told as a warning by a stark raving mad lunatic who accosts you on the street, his voice alternating between a conspiratorial whisper and a bellowing denunciation. Nonetheless I will quote a bit, and make you supply the voices:

What sphinx of cement and aluminum bashed open their skulls and ate up their brains and imagination?

Moloch the incomprehensible prison! Moloch the crossbone soulless jailhouse and Congress of sorrows! Moloch whose buildings are judgment! Moloch the vast stone of war! Moloch the stunned governments!

Ginsberg is speaking of what evil ruined his friends, the people he saw “destroyed by madness, starving hysterical naked, dragging them through the negro streets at dawn looking for an angry fix.” The culprit is Moloch, obviously—not the god of the Canaanites per se but his ideal: his manifestation as war, as murder, as avarice and ignorance and arrogance.

Surely a more thorough exegesis could and has been done, delving into the poet’s life to find the actual people and events who served as inspiration. Or one could provide a detailed political account, situating the poem and its author in the early rumblings of the gay liberation movement and a protracted controversy over obscenity and free expression.

Yet, this is not how I have come to understand this piece. When I read it, I feel more than anything a scream, a rising shriek—a howl. Yes, more so than a 70-year-old political context or a dead eccentric’s dead friends, I hear and feel a frenzied epiphanic shout. I realize it is not Moloch who stands in judgement above us, demanding sacrifice, but we who look down into the abyss on Moloch, imaging red eyes in the empty darkness.

Reading the laundry list of his crimes, I realize he is in fact innocent, for everything of which he is accused is done by us. He is an ancient fiction, powerless. He does not demand a sacrifice lest the crops fail; neither does he raise the edifices of torture or sit on war councils in the world’s great capitals. The laws of matter and energy make wheat grow, whereas the properties of concrete and gunpowder enable us to exploit them. No demon is involved, and nothing except the structure of society demands we act the way we do. This structure is itself our history, determined through conflicts long-ago settled and those that rage still today.

In this way we are both innocent and guilty—innocent of the crimes of our ancestors, but thoroughly and egregiously guilty of those of today and tomorrow. We are guilty for the crimes of Moloch, even as he is a stand-in for our society’s prevailing ideology. But to expect that the world’s evils could be ended today through the massive spontaneous adoption of the ‘correct’ religion, ideology, or principle is delusion. However, it is equally unwise to expect a meaningfully better world of tomorrow unless things change, that is, unless we change them.

This is how I understand evil in the world. How do you explain it?