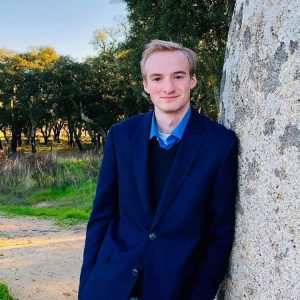 As an Interfaith Fellow, our mission statement claims that we are to “become more knowledgeable about different religious traditions and more skilled at communicating with people from other religious backgrounds.” Herein lies my issue: I sense a tension within this statement. I am conflicted whether fellows should present just their personal beliefs or the beliefs of their religious tradition. I understand that there will be deviation in how people practice and explain their traditions because most people either do not orthodoxly follow them or have different views on what is considered orthodox. However, I feel that some people have misrepresented their faith traditions in meetings and blog posts and I feel that more dialogue is needed to appease these problems.

Recently, there was a presentation on “Christianity” that was meant to teach the non-Christian fellows about tenets of Christianity and the differences among sects. As a Roman Catholic, I also presented. The slideshow began with a section about Jesus’ life and another on his teachings. One of the presenters stated that, “Jesus’ teachings were inherently anti-authoritarian.” I raised an objection when this was stated because it was not true for all sects as the section implied.

Then came the “Protestant” slide. Instead of separating the Protestant sects represented in the group into a series of slides or distinguishing among the sects, all Protestant religions were clumped into a single slide. As someone who studied the Protestant Reformation in a Religious Studies class last semester, I was distressed. Protestant sects have unquestionably different beliefs, and distinguishing those beliefs is important. While the presenters mentioned that there were numerous sects and named the major branches, no effort was made to explain belief differences.The presenters either could not or chose not to explain the differences among their traditions. It was a missed learning opportunity that instead perpetuated the stereotype that “all Protestants are basically the same.”

Please understand that there is no issue expressing personal beliefs that differ from teachings if the purpose of an Interfaith Fellow is to discuss his or her personal beliefs with members of different faiths. However, if a fellow’s duty is to “become more knowledgeable about different religious traditions,” as it says in our mission statement, then there is a problem. How can a fellow learn about different religious traditions if the tradition is not represented accurately to its own teachings?

I obviously cannot speak for other faiths outside of Christianity. I have no idea if the presentation on Islam accurately represented different Islamic traditions. However, therein lies my critique. I trust the Muslim fellows to teach me about their faiths for me to learn. When the “Protestant” slide was decided upon in the planning meeting, I voiced my objections, but the Protestant members agreed it was the best move.

I know that some important aspects of Christian sects were either ignored or misrepresented at the presentation and that is a real shame. I do not intend to argue that everyone must always represent their religions as they are written in sacred texts. We all make mistakes or have different beliefs than what are considered orthodox. However, for formal presentations or even blog posts, I feel that more nuanced accuracy would be helpful. Alternatively, I feel that our mission statement needs refining or fellows might need to do a little more research when they present their own tradition.

As fellows, our duty is to improve people’s knowledge about diverse religious traditions. However, for improvement to be made, fellows have a responsibility to represent their beliefs with nuanced accuracy. In my opinion, with the Christianity presentation, we fell short of our duty to spread knowledge about Christianity and we need to try harder collectively.

How do you view your duty as an Interfaith Fellow? Is your duty to present your religion’s doctrines or your personal beliefs? What could you do to improve others fellows’ understandings of your religions?