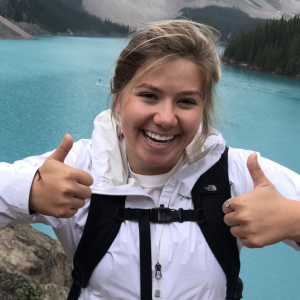 One of the most salient parts of becoming an atheist was the restructuring of my timeline. I went from thinking life consisted of a measly 78.54 earth years tacked on to an infinite existence, to life is just 78.54 years.

Although I know some religions don’t come with a continued existence, or at least a continued existence where you remain conscious of your past ones — I still think it is a really interesting question to ponder: How would your life change if you thought there was an afterlife? Or alternatively, if you thought this life was it? For some people, an expiration date doesn’t change much; however, for me it led to deep unraveling (kind of a bummer), and the greatest gift I’ve ever received: a greater appreciation of time and the refiguring of decisions like my major, who my friends were, my life’s purpose, hobbies, etc…

One trivial, yet illustrative example of this was my realization that there are so many great songs that I would never get to listen to. It is important to point out that I had no idea what my Christian afterlife really entailed, as is true for most, if not all Christians. Nevertheless, I was convinced that even if there isn’t an infinity of earthly legends like Paul Simon, Weezer, or Blind Melon, whatever heaven music replaced them was sure as hell going to be boppy. Unrelated tangent: I just thought about the meaning behind “sure as hell” and, as I am very much skeptical of hell’s existence, it would have like a 0.001% chance of being true. Related continuation of thought: Once I no longer had the solace of beautiful heaven songs, I attempted to optimize my listening time by forcing those around me to make “best of“ mix tapes. Obviously, song recommendations aren’t full compensation for a shorter life, but I think this situation demonstrates just how deep worldviews can penetrate your day-to-day life.

On a slightly more serious note, going from being a Christian Sunday School Teacher who attended mass 2-3 times a week to an ardent atheist has been a rocky road filled with seemingly endless existential crises. But I can say for certain that being aware of life’s finitude has made loved-ones, school, music, conversations, and life itself more precious to me. This wasn’t a conscious tradeoff — losing an infinite existence to gain a deeper appreciation of life, but it’s something I’m deeply grateful for. Live fast and die young as the kids say! Perhaps that should be the new atheist motto, but it does seem a bit nihilistic. That being said, I still wonder if there is a way to embrace the finite without entirely leaving behind an afterlife.

Let me add a last minute disclaimer that this in no way is an accurate depiction of the Christian afterlife, but instead a simplified characterization of it to illustrate how metaphysical beliefs affect how we perceive and engage with the world. As much as I have found atheism to reveal the most beautiful version of life, it is likely different for every person and who knows, maybe in a couple years I’ll find a different belief system that better orients me in the world. In the meantime I will soak up as much of this finite existence as possible.

Have you experienced any “conversion” or change in fundamental beliefs that led to a transformation in how you live and perceive the world? For those of you who do believe in life after death, how do you relate life here to the life beyond?