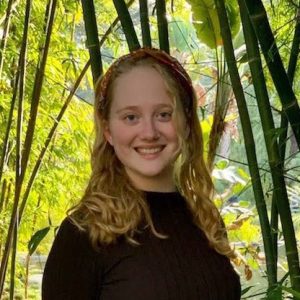 For my grandfather, Judaism was the most important thing in life, and yet he did not believe in G-d. I have memories, washed out and happy like dreams, of standing around the kitchen table on Shabbat, lights off and candles lit. We prayed and we danced and we sang songs in Hebrew, and then we sang one Breslov song that had no words. Just my grandfather rocking, shaking his open palms up at the ceiling like you would in a moment of ecstasy, awe, connection with the divine. But he did not face up to G-d. He faced my grandmother next to him, and this was where he poured out his love. And every Shabbat, this tradition was my grandparents’, and it was mine, and in this moment it had nothing to do with G-d or what any of us believed or didn’t.

In our majority Christian society in the US, many of us have come to think of religion as synonymous with theology. Religion as seen through this lens solely encapsulates what you believe. However, for non-Christians in the US like my grandfather, religion and ethnicity are often impossible to untangle. And culturally-based religion without its theological context is still very much religion.

This distinction is important in terms of how religion shows up in public schools. In the United States, our laws assure the separation of Church and State. So Sikh and Muslim kids growing up in public schools will never be taught that Jesus was born in a manger in Bethlehem. But they will grow up celebrating Christmas in school, a holiday that grew out of this untaught theology.

I know where this is going, you may say to yourself, no more Christmas concerts, no more spring break over Easter! But I actually don’t have a problem with those things at all. I think religious tradition is beautiful and fascinating and so full of wisdom and joy.

I have the happiest memories of celebrating Christmas in public school. One of my favorite days of the year was always when we got to take a bus down to Chicago to visit the Christkindelmarkt, the German Christmas market. I loved playing Sleigh Ride every year for our high school band concert in December. Seniors wore Santa hats, and at the end of the song the percussists would slap two boards together like a whip, and a trumpet player would be wheeled out on a wooden sleigh built by the stage crew to blast a horse winy into the audience. I loved eating King Cake for Mardi Gras in French class, and I always sang along at the top of my lungs the day before winter break when the office blasted Christmas carols over the loudspeakers between classes.

I don’t think the problem in public schools is that we have too much religion. Instead, it is that we don’t have enough non-Christian religion. I don’t think the solution should be canceling Christmas concerts or telling kids to keep their culture at home. Instead, the issue is that in too many districts only Christian kids are invited to celebrate their religion and culture at school.

When I start teaching, I want to create a classroom where my kids never feel awkward, high-maintenance, or overlooked because they cannot eat the food that is being served. This stretches from cookouts that grill up non-Kosher, pork hotdogs only, to free breakfast programs that provide Muslim kids with Lucky Charms that they can’t eat because they are not Halal. Being inclusive of students’ religious dietary restrictions should not be something difficult or expensive to organize. Schools have been cognizant of peanut allergies for decades.

When I start teaching, I would like to work at a school that is ok with running a few extra days into the summer so that we can have a one-day break for Eid or Lunar New Year in the same way that we have always been given off for Good Friday.

Once we get beyond these basic necessities, the magic of imagining what could be begins. We can begin to ask questions like: what if minority religions were celebrated and treasured by schools in the same way that Christianity currently is? What if non-Christian kids were invited to bring their holidays into the classroom in the same way everyone brings their birthdays in, with treats and posters and an openness to share and to be appreciated?

Celebrating non-Christian holidays in this way could function as a way to demystify what is different by refusing to keep sweeping it under the rug and not talking about it. On a small, immediate scale, this is a way to lessen bullying around food that looks or smells different, for example. On a large scale, it is a path, via education, towards building a society where minority religions are understood and admired. It is a vision of a world where Islamophobia is no longer such a deep-seated prejudice, and where Jewish synagogues and Sikh gurdwaras don’t get shot up because of deep misunderstanding turned into hatred and violence.

Again, to clarify, the idea here is not about bringing religious belief or theology into public school. Instead, it is about understanding that religion in a cultural sense is already very present in American public schools, and that it is time this presence be expanded to include non-Christian holidays and traditions.

When we teach kids coming from minority religions to hide their customs, cultures, and holidays at home, we are missing out on the opportunity for so much celebration and joy. We are also missing out on the building of cross-cultural understanding.

In the future, I want the Muslim and Buddhist kids I teach to have the comfort of being seen, understood, and respected in their backgrounds and their cultures. I want their classmates to learn not to mock their peers for being different, but rather to be intrigued by the beauty of other religions, to ask questions and listen and learn.In the future, I want to teach my kids to see each other and respect each other in an elementary school classroom, so that they will be prepared to grow up and live in a multicultural society like our own. I want my class to celebrate Rosh Hashanah and Diwali, and not just Christmas. Most of all, I want my kids to grow up seeing that their religion is not the only one, and that in differences, lies the beauty.

View the full article at IFYC.org

Read the full article at: https://ifyc.org/article/public-school-needs-more-religion-not-less