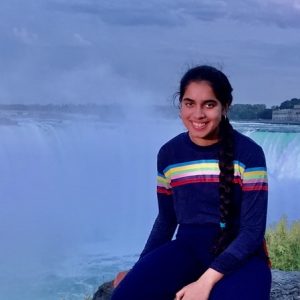 Growing up, I felt as though I existed in a dual world: one that encompassed my religion of Sikhi and one made up of the religions of everyone else at school, Christianity in particular. For example, Christmas and Easter (Christian holidays) were the only religious holidays acknowledged in school. However, at home my parents ensured that my sister and I learned about Sikhi: about the 10 Gurus, Sikh history, and common prayers. My learning was further reinforced by going to the Gurdwara (Sikh Temple) every Sunday. Despite this education, I found it difficult to explain my religion to my fellow classmates who didn’t understand why people who practiced Sikhi wore a turban or why I had long hair. I felt weird for not celebrating Christmas and unfortunately minimized my own faith as a result. I even tried to explain Sikhi to other people using the lens of Christianity. For example, I would often say the birthday of the founder of Sikhi, Guru Nanak Dev Ji, was like Christmas. Because there were no other Sikhs at my school for many years, I was reluctant to talk about Sikhi outside of our house. So I existed in this dual world of heavy acknowledgement of Sikhi at home but almost none at school.

Fast forwarding to middle and high school, I learned about other religions and developed my own relationship with Sikhi. For example, in middle school we were required to take history courses. One of my favorite history classes in sixth grade taught us about the five major religions of the world, but I was sad to see that Sikhi was not discussed. For many of my classmates, I could tell that this was the first time they had heard about another faith other than Christianity. But outside of class, religion was not a very common topic of discussion. If anything, there was an unspoken and underlying hostility towards religion; anyone religious was viewed as an ideological extremist. Because I wanted to talk about my religion and learn about others, I felt like an outsider.

During this time, I was also trying to figure out the role of Sikhi in my life, especially as I took advanced science courses. Between this personal turmoil and feeling religiously alienated at school, my faith decreased. I started prioritizing school and extracurricular activities when I would have otherwise gone to the Gurdwara on Sunday. At home, my parents didn’t always understand why I began to show less interest in Sikhi, and I didn’t blame them: they grew up in a different country in schools where their religion was dominant. As such, they didn’t always understand the cultural struggle that came with living in two cultures at once. I found that having open, honest conversations proved to be the best way to cultivate mutual understanding and validation for the experiences between my parents and I — and we worked through a lot of misunderstanding.

Coming to college, I was initially more isolated from Sikhi than I could have imagined: I was not able to visit the Gurdwara (Sikh Temple) and lived apart from my family who had shaped my religious journey. In my second and third years of college, I began to meet people who also wanted to have conversations about religion (particularly through a religious studies class) and realized I could create a network in which I shared about my religion but also learned about other people’s belief systems. Ultimately, my experiences with religion in grade school lacked the depth I wanted; however, I have been able to seek out spaces in college such as this fellowship in which I can share my religion and learn about others — ultimately growing as an individual.

What was your experience with religion at your grade school(s)? Did you find that your religion was adequately represented?