This talk explores the work of guardians of Jewish tradition, but its central figures attend births rather than yeshivas. Like their male others, birth workers’ skilled labor is vital to the maintenance of continuity between past and future. Many feminist projects, from theologies like Judith Plaskow’s iconic Standing Again at Sinai (1991) to efforts to enfranchise women as ritual leaders and textual experts through education and ordination, have sought to bring women into communal stories and positions of power from which they were excluded. This talk will tell an alternative story of how Jewish people relate to Torah, both oral and written. Through the stories of American birth workers in Israel and the United States over several overlapping generations, I show how birth attendants claim authority as interpreters, teachers, and reformers of birth traditions, which they differentially hybridize with their living engagement with Jewish law and communal stories. The ritualized work of attending births not only stretches scripturalist imaginations of Torah as written closed canon but also opens the way for the development of “Birth Torah,” a feminist project that seeks to shift Judaism’s priorities and practices in ways that stretch well beyond the hospital or birth center. 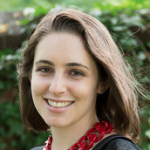 Cara Rock-Singer is an Assistant Professor of Religious Studies at the University of Wisconsin-Madison. Previously, she was a Postdoctoral Fellow at Cornell University, jointly appointed in the Jewish Studies Program and the Science and Technology Studies Department. She received her B.A. in Molecular Biology from Princeton (2009), M.St. in Theology with a focus on Religion and Science from Oxford (2010), and her Ph.D. (2018) from Columbia University’s Religion Department. As a scholar of North American Religions, her research and teaching center on the relationship among gender, Judaism and science in the contemporary United States. Her book manuscript, Gestating Judaism: The Corpuses and Corporalities of American Jewish Feminisms, critically examines how American Jewish women in the United States and Israel deploy gendered technologies and knowledge to challenge normative structures within Jewish social and religious life.