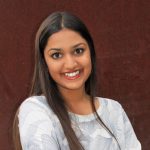 As I closed my eyes, I ran through the list I had practiced asking for: good grades, a dog, not having to run the mile in gym class the next day. From an early age, I was able to find solace in the idea that I could have my greatest wishes come true in exchange for clasping my hands, bowing my head, and asking. If I was good, I would get good in return. Though I did have to run the mile the next day, my mother convinced me that my prayer was unfulfilled because it was a part of a greater plan I just didn’t know about yet. Attending my Hindu temple school allowed me to find something I wanted more than my wishes for good grades: moksha. Moksha, as I understood it, is the end of the cycle of death and rebirth. Though we currently exist as a combination of mind/body/soul, we aim to be left with the soul alone. This state, which the Upanishads (Hindu texts) liken to a drop of water returning to the ocean, is moksha. I found this idea liberating, especially after already having spent (at that time) 12 long years alive. But it was an interesting paradox: to achieve moksha I had to relinquish all desires, including the one for moksha itself.

For me, desire was the biggest motivator. Without desire for moksha, I would have no reason to pursue it. How is it that I could challenge myself to live an idealistic life with no expectations in return? It is obvious to many that faith should not simply be transactional, but putting this into action in my own life was a difficult task. If I studied hard and skipped family movie night, I would get an A on my exam. If promised nothing in return, there was no reason for me not to be eating popcorn on the couch with the rest of them. Even in my “selfless” acts,  I still had desire: the desire for others to have better.

During the COVID-19 pandemic, like many of my peers, I struggled to stay motivated. I no longer had the ability to work in my research labs in which I could directly apply skills and see progress in return. With open-book exams, it was harder to study well in advance. The most difficult reality came in regard to one of my biggest aspirations, medical school. I knew medical school was no easy goal, but the realities of being an international student began depleting my hope and along with it, my aspirations. It was then that I realized that the cycle of aspirations and hard work would not be able to sustain me alone, and I had to turn to faith.

Surprisingly, what helped me most was a quote from the Bhagavad Gita that I had never really understood. The translation reads, “you have a right to perform your work, but not to the fruits of this labor” (Ch.2 Verse 47). I was to do my duties but not concern myself with the results. The outcome would be the culmination of many factors, but the work was always my own. What motivated me was letting go of the idea that every effect was a direct result of my actions. Lack of motivation has had detrimental effects on many of us as students and working professionals, and though I don’t believe organized faith is the only answer, it is a type of support system that allows us to see beyond our lives—to understand that we are a culmination of actions and circumstances beyond our own control.

I am still searching for that balance between incentive for motivation and faith. The word “detachment” seemed cold at first, but it now brings me peace, knowing that I can be detached from the results of my actions while still trying my best. The pressure of today almost requires the ability to let go and put one’s faith in another system of support: for me, Hinduism as a guide to reaching moksha. As I enter my last year of college, I once again find myself closing my eyes and clasping my hands–not asking for anything this time, rather, giving worries of my own away.