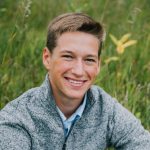 This summer, my sister and her fiance (now husband) got married in the Catholic church that I grew up in. I was a groomsman, so I was involved in the rehearsal and the ceremony. It was an unusual experience for me. You would think that since I grew up in the church that I would be comfortable there, but truthfully, I hadn’t gone to a church service there — or a church service of any kind for that matter — in years. It wasn’t just me, either. My immediate family hadn’t been to church in some time as well. The last I remember being there was for my confirmation ceremony in early high school, and even then my family had long stopped attending Sunday mass. Why then, you might wonder, had my sister and her fiance chosen to get married in the church? My now brother-in-law’s family isn’t particularly religious, either. I suppose it was in part to appease older generations in our families, those who feel that a marriage is not valid unless it takes place in the church. If the wedding had not been in the Catholic church, there invariably would have been some family tension and drama. From my perspective, it was an odd choice and one that felt slightly unnatural.

A wedding in the Catholic church is governed by many norms and rules. The music, the scripture readings, the vows that the couple exchange, the prayers — all set by parish expectations. Traditional Catholic weddings include a mass, or a traditional Catholic service that includes the sacrament of communion, the ceremonial consumption of wine and bread which symbolize the blood and body of Christ. The rote nature of the mass felt comfortable for me. What was strange to me, though, was how the religious aspects of the service didn’t hold much meaning for me nor (I think) for many of my family members. For many religious traditions, weddings are a momentous occasion, steeped in worship and celebration. Yet from my perspective the whole ceremony felt oddly impersonal for my not-so-devout family. What I realize now is that maybe mass has never meant much to me. Attending mass was just something that was expected of me when I was growing up, and as that expectation faded away so did my own religiosity.

The event caused me to reflect on my own personal distance from Catholicism. Catholicism itself is a religion with many traditions; I sometimes think of them as rules I had to follow to be a “good” Catholic. Over the years, I became disillusioned with the rules that I felt were so emphasized in the faith, like attending mass every Sunday and not eating meat on Fridays during Lent. These rules felt overbearing in my church, so much so that if I were to not follow a rule, I consciously felt like I was a “bad” Catholic. Attending my sister’s wedding this summer gave me pause, as I realized that if I were to ever get married, I don’t think it would be in the Catholic church. Simply put, I do not think I am interested in having one of the most important days of my life be spent in that church.

Everyone’s experience with religion is different, and while I may personally find Catholicism increasingly less appealing, I recognize that so many out there find comfort in its traditions. For me though, it may be time to look elsewhere for spiritual guidance.