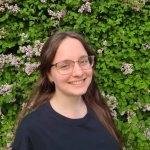 Growing up I never understood the book of Job in the Jewish, Islamic, and Christian Scriptures. I will focus on a few points of the story below, but in brief: Job is a wealthy and God-fearing man with a comfortable life and large family; God, having asked Satan for his opinion of Job’s piety, decides to take away Job’s wealth, family and material comforts, following Satan’s accusation that if Job were rendered penniless and without his family, he would turn away from God. I always asked: how could God let Satan destroy everything in Job’s life as a test of faith? Also, how could Job after countless losses still have faith that God would one day bless him again? When I was younger, I imagined that if I was put in a similar situation, I would be like one of Job’s wives and want to curse God. However, after this past year I found I share more in common with Job than I had previously realized.

The first act Satan carries out against Job is killing his loved ones. In the last week of September 2020, my grandma passed away. I was trapped in a lease in Madison and was left to grieve alone and comfort my family through video calls. A week later, another wave of grief hit our family: a family friend that I had known since I still had a pacifier in my mouth had suddenly passed away. Somehow, it hurt more knowing she was younger than my mother. Within the next week, we were notified of the passing of another family member who was only 41. Each week it was someone younger and each week I felt the emotional distance between my family and I increase as I was unable to mourn with them. Like Job, I accepted that death is universal, and the timing is in God’s control.

Satan then asks God how far he could wound Job. God essentially replied that Satan could do whatever he wished to Job, as long as Job lived. In response, Satan covered Job in head-to-toe boils. Shortly after the succession of losses in my life, I became covered in head-to-toe eczema. Not exactly boils, but still painful: my skin would consistently split and bleed. Every time I applied treatments the burning sensation would be excruciating. Every time I moved or even blinked, flakes of skin fell like light snowfall. I remember feeling embarrassed and self-conscious. I would not turn my camera on for classes or I would purposefully set up the camera so my skin was out of focus. Like Job, I too felt unfairly punished by God and even felt resentment at being forced to cope with my skin while I still felt so much grief.

If my body was a temple, it came close to being condemned. The more upset I became, the more my body shut down. My shoulders started having severe muscle spasms that no treatment could effectively stop. I woke up most nights to my heartbeat racing so fast that anyone would have thought I had recently finished a marathon. I completely lost my appetite due to my grief and the extreme somatic symptoms. My clothes stopped fitting me and I became desperate for any source of heat. I began praying more than I ever had in my life for relief. Like Job, I was confused and hurt by what I was going through, and yet I never gave up hope that I could get better.

Toward the end of the story, God speaks to Job and promises him immense blessings for remaining faithful. God answered my prayers with the support of my family and friends — and as always, at the right time. I moved back home and through some medical tests it was discovered that I had been experiencing chronic tachycardia, an irregular heartbeat, which left untreated would have eventually led to a heart failure event. For the first time in a long time, I expressed my gratitude to God for keeping me safe.

I can now say with confidence that I understand the book of Job. Julius Caesar had a point when he said, “Experience is the best teacher”. Unconsciously, my life paralleled Job’s, including both my faith and my reactions. I can proudly say that my trust in God is stronger than it has ever been before. Going forward in my life, I believe that I will see hardships as an opportunity for introspection and be ready to face them with optimism and hope. After all, our suffering in this life is temporary and if we can be brave enough to look beyond it, we will find peace.

8 thoughts on “My Walk with Job: Faith in the Face of Hardship – Kristina Fiedler”