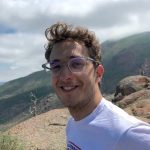 Prayer is something common across nearly all religions, yet how it is practiced is unique to each religion, and even more unique to each person. A crash course on traditional Jewish prayer: Jews are obligated to pray three times a day — in the morning, afternoon, and evening. The prayer routines vary in length and all three include similar prayers, although the morning one is more lengthy than the others. Within the prayers there is traditionally praise of God, gratitude to God, and asking God for what you need.

My first years with Jewish prayer started absent-mindedly. My dad told me to say words which were supposed to praise God. Though my dad did an excellent job explaining to me what prayer meant and how it could be used in my life, it just did not connect for me. So for the early years, prayer meant saying words and doing motions, mostly in imitation of him and other Jews praying. In other words, it wasn’t my own, and so inevitably lost meaning and purpose. Around 10 years old I stopped praying completely. As I started doubting my faith in God almost to the point of non-belief, I started getting angrier and angrier at the prayers. They meant absolutely nothing to me, and chanting in a language that I only half understood did not help.

This attitude towards prayer began to shift a couple years later when I went to a Jewish camp in the Rocky Mountains. The second morning there I was woken up along with the rest of my bunk at 6 A.M. to go climb a mountain. Groggily we made our way up, and were told that we were going to pray (daven) at the top of the mountain. Somebody exclaimed that we didn’t have our prayer books – how would we know the words? The counselor replied that we didn’t need books for the type of prayer we were going to do. Soon we reached the top and were greeted with an awe-inspiring view of the valley below. We were told to find a place on the mountain where we were completely by ourselves. There we were to say the Shema — the most basic Jewish prayer which affirms our faith — and then simply talk to God or ourselves or both, whichever came more naturally.

It was strange not being around people while praying, and even stranger not having a book in front of me to pray from. All I felt was my oneness with the universe in that moment, gazing out at the majestic mountains surrounding me while feeling the air on my skin. I felt chills even though the sun was shining. I stayed like that for what felt like hours, simply feeling the universe around me. At that moment prayer for me was being in total awe of the beauty surrounding me. I had no faith in God, yet was feeling immensely spiritual in a way I hadn’t ever before.

This experience taught me something I had never internalized before: prayer could be my own. It echoed in my brain for years to come that prayer did not need to come from the book, it could form from our own hearts. With this in mind I slowly developed a more personal connection to prayer, which leads me to where I am today. Once again, I try to (emphasis on try to) pray 3 times a day. Each time I pray I do everything in my power, regardless of my mood, to personally connect to the prayer I am saying and relate everything I am saying to my life. For me, prayer is a way to make myself a better and more intentional person. By making prayer my own and not merely speaking the words on the page, I make it something immensely beneficial to my growth as a person.

8 thoughts on “Making prayer my own – Yaakov Segal”