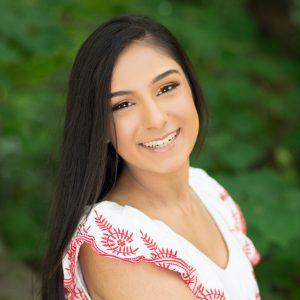 Growing up as an Indian Sikh in the U.S., learning Punjabi was central to connecting with my religion and culture. I learned how to read, write, and somewhat understand Punjabi, but was never able to fluently speak it. My parents would speak both Punjabi and English at home, but I would only respond in English. I would go to Gurudwara and sing shabad kirtan every week, and although I could not understand any of the prayers I was reciting or singing, I still found it all very peaceful. Throughout high school, however, I slowly became more distant from my faith, to the point where I would not even make the effort to understand the prayers or learn more about Sikhi than what I already knew.

I believe this disconnection from Sikhi stemmed from my insecurity around not being able to fully understand or speak Punjabi. I felt ashamed for not knowing the language and not feeling cultured enough. Punjabi/Gurmukhi is such an important aspect of Sikhi because all the teachings in the Guru Granth Sahib (Sikhi’s holy book), our Gurbani or shabad kirtan (sung hymns), and practices are in this language (though Punjabi is called “Gurmukhi” when used in our religious text), so not being fluent in Punjabi made me feel like I couldn’t call myself a Sikh. Another reason for my disconnection seemed to be frustration — frustration with not understanding most prayers, but also not wanting to give in to mindless recitation of hymns. This frustration turned into anger, and I began to think it would be easier to give up on learning Punjabi and practicing Sikhi altogether.

It wasn’t until the end of freshman year of college that I began to reconnect with my faith, through Sikh Student Association, the time spent at home during the pandemic, and the Indian Farmers Protest. One of the first student organizations I joined on campus was UW Madison’s Sikh Student Association (SSA), partly because my sister was leading the club, but also because I was hoping to find students with similar experiences to me. This was the first step to reconnecting with Sikhi. SSA began to feel like a comfortable space for me to process my feelings, reflect on my journey with my faith, and delve deeper into what I wanted to continue learning about Sikhi.

Shortly after I started to involve myself in SSA, the pandemic hit. I ended up staying at home for longer than a year. Maybe it was because I got used to hearing prayers daily from my mother, or  because I had a lot more free time, or because everyone was going through a challenging time and I was looking for some sort of support and reassurance — but during this time I realized that faith was an important aspect of my identity and I decided to spend more time with Sikhi.

Near the end of November 2020 a significant event occurred, one I would consider as a turning point in my journey with Sikhi: the Indian Farmers Protest. It involved predominantly Punjabi farmers (many of whom were Sikhs) protesting against harmful ordinances. Seeing how many of the Punjabi farmers looked toward Sikhi for strength, support, and guidance truly inspired me and helped me reconnect with my Punjabi culture as well as my Sikh faith. I started to listen to podcasts about the farmers’ protest, Sikhi in our everyday lives, and eventually about Gurbani Veechar – or the analysis/reflection on the Gurbani we sing. I also started shabad kirtan again.

Now I feel closer to my faith than I did before. I thought the only way to become closer to Waheguru and feel like a true Sikh was by being fluent in Punjabi and translating every prayer word for word. However, throughout these past few years, I have learned that I can still attain peace and a sense of closeness with Waheguru through just listening to the beautiful singing of Gurbani and being in the presence of my sangat (term for Sikh community meeting together religiously). I have now used my insecurity about my Punjabi as a motivation to stay connected with my faith rather than have it act as a barrier for me. I am looking forward to revisiting Punjabi and deepening my understanding of Sikhi with a new, positive and optimistic mindset. I hope to continue learning and growing with each step I take on my journey with Sikhi.