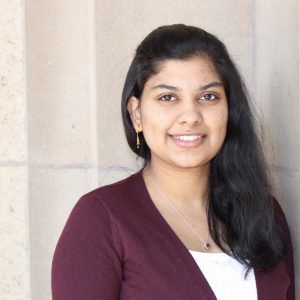 When I was young my mom told me God loved children that were nice to others. God will love me if I listen to my parents, finish my food and share my toys. If I prayed with all my heart, eyes closed tight and palms wide open, asking Allah for something, I would get it. So I just did that. I would stand next to my mom on my mini pink prayer mat, facing Mecca, and mimic her every motion in prayer. Then I would make dua and ask God without an ounce of shyness for anything that I wanted. That was probably when my concept of faith was the purest and my concept of good the simplest.

As I grew up I realized that the things I blindly believed weren’t so easy. What I was told to believe wasn’t enough to guide me in life. Although at the core, believing in God’s grace and commitment to being a good person encompass how I try to lead my life today. But these things were not convincing enough for me to be Muslim or to pray. I had to learn what having faith meant. I had to learn why some things were allowed and other things weren’t.

I remember asking my Islamic studies teacher a million questions, inquiring “why?” after every verse of the Quran, questioning things that were not easy to follow or seemed far-removed from my American lifestyle. Many things she explained with fact, logic, or philosophy—and to other things she would simply say it was in my best interest to have faith and believe them. I listened but it wasn’t until later that I truly understood what she was trying to say.

As I became a young adult, I started to realize that faith goes beyond practicing the five pillars of Islam. To be a faithful Muslim is to be a person of character. That, I learned from my dad who didn’t always have the blind faith that my mom and teacher have. He often asks what the point is in praying or using religion as your identity when you don’t possess the traits of being human or live a purposeful life serving others. These traits he often speaks about and himself lives out are essentially what make a Mu’min (faithful Muslim). A Mu’min is someone trustworthy, who has ikhlas (sincerity in their actions), and is wise, patient, and kind, to say the least. The most important of a Mu’min’s  qualities, however, is to embody peace. A friend once told me my presence makes them feel at ease and they feel a sense of calmness in the way I speak. Being told that made me feel honored but also reassured me that this is how my faith is radiating to others.

As I continue to explore the world I take with me what my mom, dad, and teacher have taught me about leading life and how it aligns with Islamic philosophy. Over time time I have realized that every rule and way of doing things in Islam has wisdom behind it, even when that wisdom is beyond my understanding—and so I abide by them. I do so because I found that there is solace in what I believe and I think my definition of faith is solidifying every day. Although the things I practice are to bring myself closer to Allah, I hope my actions benefit everyone around me and that they see me as a warm and welcoming presentation of what it means to have faith in Islam.

The Prophet (PBUH) once said, “Religion is the way you treat others.”