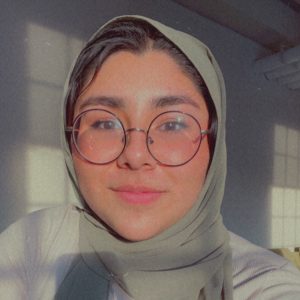 The bulk of my relationship with Islam has not been positive but recently I’ve been trying to change that, and in doing so I’ve realized what a paradox I’ve been living in. Being a Muslim has been my primary identity my whole life, but ironically it’s the one I know least about. I grew up in a community isolated from any exposure to Islam or Muslims, and my broken family couldn’t serve as the spiritual guide/backbone that I needed. All they did was reinforce one important fact: “you are a Muslim” without ever telling me what that meant. They’re not entirely at fault; they didn’t know, themselves.

So, I grew up in the dark about Islam. With no mosque or other Muslims around, the rituals felt empty and bleak. I didn’t know why I was doing them, or what they meant — I just knew I had to do them or I was going to hell. I had no community, or formal Islamic education; I just felt so lost. I didn’t understand the identity I was supposed to so strongly associate with.

Strangely, I never doubted God or Islam, I just had difficulty approaching them. I have always envied true Muslims as I’ve always thought they were such radiant people, full of noor (light). It shows through their discipline, their Islamic knowledge, the way they’re drawn to the 5 prayers, the purity of their character and intentions, and their love for God. Living as a true Muslim is all I’ve ever wanted. I’m drawn to being a person I’m afraid of becoming.

The older I get and the harder life gets, the more I realize how important Islam is to me, how much I need it, but most importantly (and paradoxically) how I’m somewhat of a stranger to it. I keep buying books on Islamic thought and philosophy, letting them gather dust on my shelves as I’m too scared to open them. I would perform wudu (ritual purification) only to blankly stare at my prayer rug. Like Kanye said in Jesus Walks: “I want to talk to God, but I’m afraid because we ain’t spoke in so long”. I quite literally didn’t know how to face God, and in a way myself. All of this has created anxiety around my faith. I’ve been too afraid to approach Islam and learn about it, though I knew I could; the prospect of it was overwhelming and painful. I knew Islam was beautiful and peaceful, but Islam was not present in my life through beauty and peace. I had only known God through the lens of fear, rigidity, and punishment, things my mom would mention to get me to pray.

I felt so far away from who I knew I was supposed to be, who I wanted to be; a practicing Muslim. But I’ve been too afraid to learn what that means after years of not knowing. I don’t even know what to call that, I just feel like I’ve been living in a paradox. When I came to the self-realization that Islam was the most important thing in my life, yet I knew nothing about it, and even worse, had avoided it… the guilt was crushing. Thinking about God made me think about how ungodly I had been. I had laced my curiosity and yearning for my faith with my own personal poison.

The remedy to my self-inflicted insanity? I just needed to start somewhere. When I dropped the pre-med track I was in my sophomore year of college and I decided to study religion, specifically Islam. Academia cushioned my exposure to Islam: it made it secular; no anxiety or spiritual pressure when religion becomes facts from a textbook. Most recently, I’ve become vulnerable with myself and God about where I am, and where I want to be. I’ve slowly started to disassociate from all the guilt I feel around praying and just started praying. I started taking Arabic classes so I can finally recite the Qur’an and understand it. I just recently started wearing the hijab. It’s hard work in progress; there’s a Hadith in which God says, “Take one step toward me, I will take ten steps towards you. Walk towards me, I will run towards you.” I feel like I’ve finally started to unravel my paradox; and in every shaky step I take, I pray to God that he comes running.