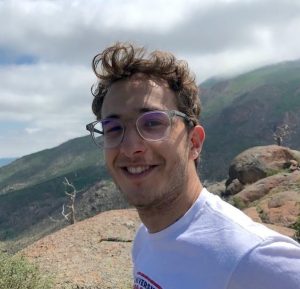 “So, what are you?” This is one of the most frequent questions you will get asked as a Jew —by other Jews. What the question asks is which denomination of Judaism you fall under. For those unfamiliar, there are 3 main sects of Judaism in the United States: Reform, Conservative and Orthodox (there are more, but for simplicity I will only talk about these). Briefly, reform is the least traditional and emphasizes adapting to times and cultures one is in. Conservative Judaism (not to be confused with political conservatism) is much more traditional in its approach to Judaism, but also regards semi-assimilation as important. Orthodox is the most traditional and is typically the stereotypical Jew (think black hat, earlocks, and long beard). There are SO many more nuances within each group that I can’t get into for the purpose of brevity, but I’d encourage anyone who is interested to speak to people to find out more. Jewish denominations are a fairly huge aspect of American Judaism and many people will classify themselves under these different sects.

You may be asking at this point, “Yaakov, where do you fit in.” The answer to that is the exact problem that I will discuss in this post: I don’t. In my outlook on Jewish law (Halachah) and its traditions I’d say I’m fairly observant and traditional. So I’m orthodox. But I also believe in full participation for women and LGBTQ marriage. So I’m conservative. But I also have a strong affinity for deep spirituality. So I’m Hasidic (an ultra-orthodox sect)?? Are you confused yet? So am I.

I have realized after a relatively short amount of time that I likely won’t fit in anywhere. Conservative Judaism is what I grew up with. This worked fine until I started taking my Judaism a little bit more seriously. I started following more of the traditional aspects and caring much more about my relationship with God. Immediately I felt a huge disconnect with the Conservative movement. Progress has taken its toll on the movement. While a couple decades ago the traditions were seen as deeply valuable, they have slowly been deteriorating as people find them too difficult to keep in this “modern world.” Eventually, I was no longer able to even go to my synagogue’s youth group because they no longer observe Jewish dietary guidelines. So I had to switch. I went further traditional on the spectrum and joined an Orthodox youth group. This felt good for a time, until I realized I was compromising on some core values. You see, the Orthodox movement still abides by some of the practices of separating some of the religious roles of men and women. While I respect their customs, it’s not something I could be part of. So I hovered on this spectrum between Conservative and Orthodox—too observant for one and not traditional enough for the other. A conundrum indeed.

A couple of months ago I came to 2 conclusions: I would never find a community that would satisfy me, and that was OK. When asked “what I am” by other Jews now, I simply respond “Jewish.” Jews are not a religion nor a culture. We are an Am, a hebrew word best translated as “people” or “tribe.”Division of observance, of tradition, of philosophy melts away when you realize you are part of something greater. This struggle to identify and fit is something I’ve realized I am not alone in by any means. Perhaps my practice is slightly more unique, but the fact is that nobody has exactly the same outlook on religion. And maybe this is a good thing.