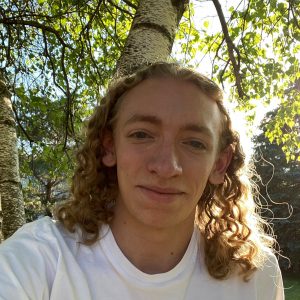 Simon Peter was crucified, Catherine of Alexandria was beheaded, Saint Lawrence was grilled alive and Pedro Poveda was executed by firing squad. The long history of Christianity has generated a wealth of martyrs, many of whom have been canonized as saints by the Roman Catholic Church. According to tradition, saints are those holy few who, after living an exceptionally holy life on Earth, are able to intervene on behalf of those that venerate them after death. For many Catholics, this means saints function as a critical link between them and the possibility of divine intervention in their lives.

The Bible is filled with flawed figures whose struggles with their faith mirror the struggles of Christians today. However, it can be difficult to truly relate to people who we are separated from by thousands of years. Today, Christians struggling with their faith and feeling immense pressure in their everyday life need only look as far back as 1936 to find inspiration in the life of Pedro Poveda, who was executed by the Spanish government for maintaining his station as a priest during the Spanish Civil War. Because of his extraordinary Christ-likeness, he was “canonized” as a saint in the Roman Catholic Church.

It is Pedro Poveda’s humanity that ensures his relatability. We can imagine how he might have felt knowing that he was going to die, and it’s his presumed fear and struggles with his faith that make his simple story of martyrdom important and powerful. Maintaining faith and a focus on our religious practices in a busy world filled with distractions and hardship is something all who belong to a system of faith can relate to. To know that Pedro Poveda, a real person who lived amidst a real conflict shared these same experiences and stayed true to his faith, is made even more powerful by his position as a saint and his power to intervene on behalf of those who venerate him.

To those who face persecution, martyred saints are most relatable because of their struggles with external forces. However, for those whose struggles are more ‘everyday’, relating to their occupation, health, or homeland, saints remain sympathetic through their designation as patrons. Saints become patrons of particular dimensions of human life through miracles they performed, areas they were active in, and frequently the context of their death. Just one example: while it’s unlikely that many contemporary Christians will face execution like Saint Lawrence – who was grilled alive, supposedly cracking jokes about his execution during it– cooks and comedians alike can take comfort in knowing that Saint Lawrence is dedicated to looking after them as their patron. In this way, saints can make Christianity a religion of specificity as well as infinity. God the Father can feel unapproachable and distant in His omnipotence, but through saints’ patronage, Christians are reminded that the work they do and the lives they live are important, and someone who experienced their same struggles is now their advocate in heaven.

For saints to be at their most powerful – at once semi-divine benefactors and sympathetic brothers and sisters in faith – they must walk a fine line. If one is too great a paragon of all Christian virtues, their legacy may resemble that of the dragon-slaying Saint George, whose cross is the flag of England and whose renderings litter Europe. But Saint George is not loved and does not inspire faith because Saint George is a symbol and not a human. Only by retaining their humanity while being worthy of faith and veneration can saints be an important part of one’s faith.

Ultimately, even if you don’t find cause to venerate saints and you don’t believe they can intervene on your behalf, or even don’t believe in the Christian God, saints remain powerful figures for us because of their humanity. These are people who possessed an occupation we may have, lived in a place we may live in, and experienced hardships and joys that are universal, and through all of it, died secure in their faith and devotion to serving God and others.