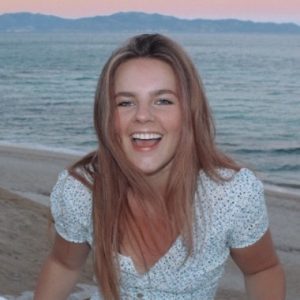 I have spent a lot of time and energy being angry. Angry at my youth pastor for manifesting self-hate in his young audience. Angry at my church for allowing this harmful rhetoric to fester throughout the congregation. Angry at the bible for leaving so many ambiguities. And honestly, angry at God. I know I am not alone in this. Social media has opened so many avenues for people to share their experiences of religious trauma and find comfort in connecting with others who are healing.

For me, most harmful rhetoric in the church always comes back to ‘the biblical woman’. A literal interpretation of the bible leads to an image of being a Godly woman that is meek and mild. She defers to her husband and her purpose is to serve him. Before marriage her purpose is to prepare for marriage by staying ‘pure’ out of respect for her future husband and praying for him. Effectively a woman should be married to God, devoting herself and her life entirely to worship, not personal/non-spiritual goals. As the man is supposed to be the breadwinner, why would a woman of God pursue career goals if they would be thrown away upon her marriage? Growing up as a confident woman with tremendous goals, hearing these ideas from religious authorities was incredibly harmful.

Along with these ideas comes purity and the pressure of sexual shame for young women. Before I understood what sex was, I knew I was not supposed to do it. Although men are held to the same standard of abstinence until marriage, women are seen to be the temptation. Women, in addition to diminishing their own desires, must not cause their male peers to ‘stumble’ and if the men did – the blame was put back on the woman.

Unlike many things I learned to hate from my religious experience, these misogynistic ideas were hard to shake. I had heard it from every source of Christian knowledge in my life, leading me to believe that this is what God is and what God wants. At one point I had decided that if being a Christian woman meant dulling myself down, I surely was not going to be a Christian woman. I then found a community of women going through the same thing, struggling in the same way. When the people around me were not having the same issues as I was, it was valuable to find others on social media having conversations and empowering each other.

This community got to work; the goal was to work out how biblical womanhood aligns with being a confident 21st century feminist. As it turns out, this goal was not too far out of reach. As with many trends in Christianity, the root of the issue is not God, it is often not even the bible, but rather the politically-influenced translations that have made it into the mainstream.

Subjugation of women is not inherently Christian, but it is inherently American. The nuclear family became an emblem for American life throughout the 1900s, and to maintain this facet of the American dream, evangelical groups, such as the company called Biblica, continued to adapt the bible to reflect their views and desires. (If you have ever wondered about the origins of homophobia in Christianity, I urge you to look up that company and see how much they have adapted Christianity from the 80’s onward.)

This is just one theory on how God was perverted into a spokesman for misogyny, and there are many others. I point this out to say that these theories, and the women coming together to form them, saved my faith and saved me from giving in to anger. Through all of this I was reminded numerous times of what Paul wrote to the Galatians. He explains that salvation is not through works, but by faith, and those who walk fully with the spirit will be drawn to do what is right. We, as Christian women, have found ourselves drawn to the mission of equating our faith with feminism. Listening to the words of Paul, we can only assume that this conviction is coming from our connection with the spirit and faith in the Lord.