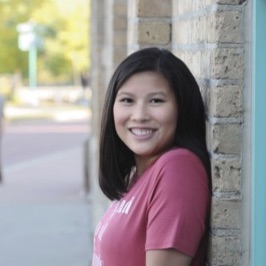 On June 24th, 2022 the Supreme Court shockingly overturned Roe V. Wade, a legal case that had been around for almost 50 years. This overturn not only immediately took away a significant right from women, negatively affecting thousands of women seeking abortion during that time, but also (deservingly so) gave the Christian community even more of a negative reputation in our American Society.

One of the most prominent figures of this Pro-Life movement is Abby Johnson. For those unfamiliar, Abby Johnson is a Christian Pro-Life activist who actually started out as a powerful Pro-Choice activist who was a Director of Planned Parenthood in Bryan, TX. She herself did not love the idea of abortion, but believed that it was the right for a woman to choose and society’s responsibility to provide safe avenues for women to do so. Her perspective changed after needing to sit in on an abortion. After seeing one first hand she became completely uncomfortable with the idea and almost immediately switched to the Pro-Life side of the spectrum. She then began picketing with others outside the exact place she was the director and sharing her story with Christians, politicians, and lawmakers to get Roe V. Wade overturned. It is Christians like her that we have to “thank” for this overturn. I believe the cause for the overturn of Roe V. Wade came from Christians who have been working for years to get this legal case overturned. In the right- leaning and Christian Community, the Supreme Court Case of Roe V. Wade was something that Christians were always working for to get overturned.

While a few lives may be “saved” by the decision to overturn, the negative effects far outweigh the positive ones. This overturn only decreases safety and control for women, especially Women of Color. As many states have trigger laws, which are states that change their laws based on Supreme Court decisions, this only puts Women of Color in a more unsafe position. Many of them are unable to travel to another state let alone have the resources or finances to get a safe abortion like some other weathly women and families might be able to. Though the saying might be trite, it is nothing short of true: banning abortions will not stop abortions, only safe ones. Banning abortions will greatly increase mortality rates for women as they will be put in unsanitary and unsafe conditions when trying to do an abortion. This is why the negatives far outweigh the positive outcomes that some Christians are persistently pushing in our society.

I believe one of the main blindspots of the Christian Community is the lack of understanding when it comes to religious freedom. I think some Christians forget about the right for religious freedom in our society. Many right-leaning Christians seem to believe that since they themselves would never get an abortion it means that they should push that same perspective and agenda, Christian or not. Doing this is the exact opposite of religious freedom. I’m not sure why some Christians think it is justified to push their own religion on others. This is definitely something we as a Christian community need to work on.

I do not believe getting an abortion should be anyone’s business but the person who is getting it. Seeing posts about the overturn of Roe V. Wade on social media and in media that speak for the whole Christian community is disheartening. While it may seem like all Christians are for this, I hope people realize that that’s not true. There are Christians such as myself that don’t believe that the overturn is justified and support those who decide that getting an abortion is the best choice for them. I hope the Christian community can work to do better by society because we have a long way to go. I hope we as a community can better work to show the true Christ-like love that I know our God would be proud of. As Leviticus 19:18 commands, “Do not seek revenge or bear a grudge against one of your people but love your neighbor as yourself”.

10 thoughts on “Chinese American Woman, Christian, and Pro-Choice: My Take on the Overturn of Roe V. Wade — Abby Stoa”