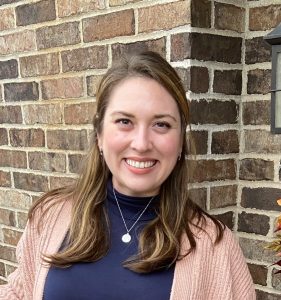 I mostly read for pleasure in the twilight of my day, in a liminal space between wakefulness and sleep. Often, I create a sense of peace for myself during this time, so I value stories which are captivating but not gripping. Outlander is not that kind of story.

One night, I could tell that I was approaching the end of the book: there weren’t that many pages left, and one of the main characters, Jamie, had just gone through a harrowing experience. (As a general rule, Outlander exclusively utilizes harrowing experiences, but this one was especially so.) My body was stiff from too much time in the same position, and my eyelids were starting to droop, but I needed to know what happened next. The following scene took place as Jamie and his wife Claire found refuge in a Catholic monastery to recuperate from their physical and spiritual injuries.

This spiritual healing began as one of the monks invited Claire to join the brothers in Eucharistic adoration, a ritual in which individuals pray in the exposed presence of God. Please allow me to unpack that a little bit. Many Christians acknowledge or practice communion (taking bread and wine or juice) as a form of fellowship that emulates Jesus’s behavior in the Last Supper. Catholics name this practice “Eucharist” and believe the bread and wine transform into Christ’s body and blood. It follows, then, that Catholics view the transformed body and blood as extensions of Christ. When the tabernacle, where the church keeps the bread and wine, is opened and the body and blood are exposed, Catholics will silently and individually sit in observance and adoration of the Eucharist, which is Christ before them. This is Eucharistic adoration. It is a sacred ritual for Catholics because it is a moment where we may be physically close to God and experience God’s greatness.

At that point in my faith journey, I had a relatively shallow understanding of my professed religion and no experience with adoration. So, when Claire was entering into the monastery’s chapel for adoration, I was learning about the ritual alongside her. Claire was reluctant to participate in the practice initially, but as her husband’s health failed, she grew more desperate for help. She found it while she was sitting in the chapel during adoration. Despite the fact that she didn’t practice any kind of religion, she found that adoration offered her solace, peace, and courage. In several instances over the series, Claire continues an irregular practice of adoration in times of intense need.

Upon learning about this valuable Catholic practice, I felt embarrassed and guilty. Certainly, I cannot be responsible for observing every liturgical holiday or memorizing all of the catechism, but Eucharistic adoration seemed like a fairly simple ritual. Imagine me lying in bed, indulging in reading far later than I should be, when I come across an important worship practice. And I didn’t learn about it from a book of prayers or from a priest but from a fabulously soapy, very secular novel! I was having a crisis of confidence, a small-scale dark night of the soul.

Once the guilt fully set in, I put Outlander down for the night and went to bed. For the next few days, I thought about Eucharistic adoration, the feelings it stirred in me, and my lack of devotion to my religious practice. I couldn’t seem to shake the feeling of not doing enough and was feeling crushed under the weight of unmet expectations. Then, I took a cue from Claire. I leaned into my sorrow. I sat with it quietly and asked for help. It wasn’t until much later, in the fullness of time, that I received the help that I requested. But, in that moment, I recovered some peace for myself in the quietness of prayer, in acknowledging the immense greatness of a creator God, and in understanding that I was not alone in my guilt and sadness. I haven’t yet been able to make Eucharistic adoration a part of my worship and prayer life. I hope to one day. Until then, when the pressure of life becomes too much, I will remember the peace Claire and I both found by revealing our sorrows and asking for relief.