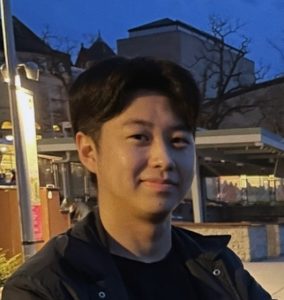 Whenever I have a chance to talk about religion with somebody else, I always introduce myself as a kid from a multi-religion family. Interestingly, it might sound weird, but my parents have different religious backgrounds even after marriage. My mother was Buddhist from early childhood due to the strong influence of her grandparents, who regularly took her to the temple close to their house. The same goes for my father, whose family members are all catholic. Both my parents respected the doctrines and cultures of each other’s religions, and celebrated each religion’s holidays, such as Christmas or Vesak day. Fortunately, none of them coerced me into their respective faith. My younger brother and I were religiously untouched, although we occasionally visited beautiful temples and cathedrals in Korea.

Although it might not sound familiar, I always thought my family to be very normal and typical before moving to the US. It is common in Korean households to find partners with different religious affiliations, given the peaceful existence of diverse religions (i.e., Christianity, Buddhism, Confucianism, Islam, and shamanism) within the society. Even though the absolute number of religious people in Korea is relatively small (22 million) , the number of religions and the peaceful relationship that they form is astounding. Public schools rarely take religious positions or educate students on specific doctrines or beliefs. As a traditional student from Korea, I was left areligious although surrounded by religious family members. Any religious beliefs or practices seemed meaningless to my teenage self, and like most of my friends, I did not have a particular interest in joining those groups.

It was 2020 when things began to change. With the pandemic outbreak, college classes were turned online, and students were kept home. I also had to return to Korea after completing a short in-person semester as a freshman. Things were even stricter in Korea. Governmental policies restricted in-person meetings, and people were distanced from each other. The vacancy of social interaction for the first time in my life was harder to bear than I imagined. The void and emptiness that surrounded me during the pandemic dragged me down to depression. As a person who energizes himself through interactions with others, the deprivation of such activities in daily living was critical. Observing me being challenged by such a loss, my parents took me to the temple near my hometown and encouraged me to close my eyes and empty my thoughts. Frankly, I couldn’t feel anything during the first 20 minutes but rather was slightly irritated by the silence. An hour passed. I opened my eyes, tired of the black sight of my eyelids, and stepped outside the room. Then I experienced one of the most peaceful moments in my life.  I saw the mountain filled with giant green trees, chirping birds, and young baby monks running around the temple, all of which seemed so relaxed and more beautiful than ever. That’s when my mother told me: “You cannot see the beauty of silence during it. The best part comes right after you open your eyes after the long, arduous patience.”

That moment was the turning point in my short religious career. Since then, I have opened myself to religions and their practices, actively learning them when I had opportunities. I still enjoy meditating when starting a day, to focus on myself and organize my thoughts, as well as appreciating different religious practices and cultures. The true power of having faith and cherishing religious culture lies in the process of learning who I am and empowering myself.

6 thoughts on “COVID-19: The Preface to My World of Religion — Jinwan Park”