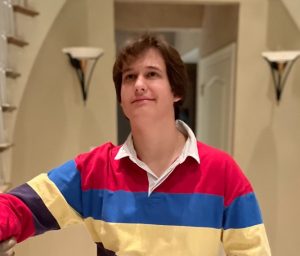 On February 24, 2022, the Russian Federation, under the leadership of Vladimir Putin, launched a full scale invasion of Ukraine. Overnight, Putin and his warlords shattered nearly a century of peace in Europe, one which sustained itself even through a decades-long threat of nuclear annihilation.

Americans might be remiss in assuming that the cause of this war is simply a madman’s lust for power or his desire to resurrect a long-dead empire; and while this is certainly part of the equation, it is not the full story. Through careful analysis, it becomes clear that Putin’s war is as ideological as it is personal or practical. And if there is one man who has influenced Putin’s worldview more than any other, it is a little known 20th century Russian religious and political philosopher.

Ivan Ilyin made a name for himself in an age of great ideological diversity. Monarchists, liberals, socialists, and anarchists battled it out in the political whirlwind that was the Russian Civil War. He initially supported Russia becoming a liberal democracy, but after being expelled from his homeland by the new Soviet government, he began fomenting a new reactionary ideology based in Russian chauvinism, Christianity, and fascism. To put it simply, he believed that Russia’s salvation, intrinsically tied to that of the world, lay with Chrstian fascism.

Ilyin would die in exile, but his work would achieve renewed appreciation in Russia after the fall of the Soviet Union. In 2005, Putin brought Ilyin’s body back to Russia for reburial, in 2009 he consecrated the new grave, and he has quoted him praisingly and repeatedly since then.

But why does Putin like Ilyin so much? The most likely explanation is that he established a framework for what autocratic rule could look like in post-Soviet Russia. This framework has proven to greatly influence Putin’s style of rule, his rhetoric, and his policies.

Perhaps the most pertinent influence that Putin appears to have taken from Ilyin’s Christian fascism is his stance on Ukraine. Ilyin, like Putin, did not recognize Ukraine as a legitimate nation entitled to sovereignty. The reasoning for this can be traced in part to Ilyin’s theology of totality. Ilyin took a unique approach to Christianity.

In contrast to most Christians, Ilyin believed that God is capable of mistakes. And for him, God’s greatest mistake was creation itself. Before the world, before reality, there was only God, a perfect totality. And in creating the universe, this totality was dispersed, establishing human individuality, which Ilyin views as the root of the world’s woes.

Such a totalitarian worldview, that abhors difference in any form, could never allow for a nation to separate itself from Russia, and considering that Ukraine was part of (Soviet) Russia within Putin’s lifetime, Ilyin’s Christian fascism becomes all a more useful explanation for Putin’s war.

But Putin exemplifies Ilyin’s teachings in other ways too. Ilyin believed that Russia was a uniquely pure nation, untainted by Western liberal decadence. Today, Putin has framed Russia as a paradigm of Christian virtue, positioning itself against an increasingly “immoral” and cosmopolitan West. This adds another dimension to the war in Ukraine. For Putin, the battle for the Westward-looking Kyiv is a struggle for Christendom.

Additionally, like all fascists, Putin has shown his disdain for individualism in his harsh repression of internal dissent. And there are countless other fascistic characteristics of Putin’s rule, from the cult of personality surrounding him, his intense jingoism, the corporatist state he has built in Russia, and the way he has utilized intelligence and security forces to maintain his grip on power.

So is Putin a Christian facsist? Well, he is an autocrat who has in words and actions copied the playbook of Russia’s most prolific Christian facsist. And he shows undeniable similarity to historical fascism. So even if he has never called himself one, he is a rose by any other name.

In closing, I think it ought to be conveyed that facsism is so dangerous, in part because it is a sort of religion, one that not only has the potential to hypnotize and galvanize its adherents as any other, but also expresses the very worst that faith has to offer.

Facsism’s god is the nation, expressed in biological and mythological terms, before which all individuals must prostrate themselves. The authoritarian strongman is its messiah, only through whom national greatness can be restored. War is its sacrament, and national redemption its salvation.

First and foremost, facsism leaves no place for pluralism. And as a fellow in a program dedicated to nurturing pluralism and religious dialogue, and celebrating difference, it’s important that myself, other fellows, and truly all people not only do the obvious by denouncing facsism, but also recognize its modern forms and the danger they pose to world peace and human flourishing.