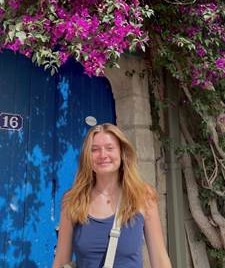 This past summer I had the opportunity to travel to Israel with a group of student leaders on campus. We had met only a couple of times before we met at the airport and flew across the world to Tel Aviv. Traveling to this region of the world does not come without some difficult conversations. Our group’s focus on fostering a safe space to have important interfaith conversations allowed for us to connect very early on in the trip.

Israel is a very complex place. The country holds within its borders significant religious meanings to a number of religions: Jerusalem is holy in Christianity, Judaism and Islam. Israel, while being religiously significant to many faiths, is a Jewish state. Simultaneously this region is brought together and pushed apart because of religion. On this trip we focused on better understanding the Israel-Palestine conflict and the complexity that religion adds to international relations. Religion plays a significant role in the conflict and was a topic we spent a lot of time talking about within our group.

Religion is a very complex issue. It is something that I grew up with; it is a part of who I am. It is a part of my family traditions, my value system and ultimately impacts how I view the world. For everyone in some way or another, I believe that faith is a core part of who they are. Having these conversations in such a religiously significant place for so many different religions and people, made each of these conversations so incredibly special. I acknowledge that these conversations are not easy to have and require vulnerability and trust. While it can bring people, like the group I traveled with close together, it can also divide people because it is such a core piece of who we are as individuals.

At one of the borders of Palestine; looking over a barbed wire, metal fence you could see down a hill a community in the distance. While we were standing at this border, listening to our tour guide tell us about how the iron dome functions, I could hear the call to prayer echo throughout the land below us; it was surreal. There are physical borders that divide the country because there are misunderstandings from both sides. Both groups ultimately want to achieve the same thing– to be able to practice their religion in peace. How to get there is where they are stuck. They have spent years divided and as time goes on the conversations on how to find common ground get more and more difficult. They practice different religions, speak different languages and even eat different foods–and yet with all of the things that divide them, they share the same holy spaces, right in the center of Jerusalem.

In better understanding this conflict over the trip, it emphasized to me just how important interfaith conversations are for the wellbeing of our society. When you have the opportunity to have these conversations, you can create a community. I saw what the group I went to Israel was able to achieve, to listen and learn from each other and ultimately find that what divides us is much smaller than what brings us together. We went from a group of strangers who flew across the world together, to just 10 days later being a community on campus that has this shared experience.

2 thoughts on “Reflections on my Trip to Israel — Maggie Keuler”