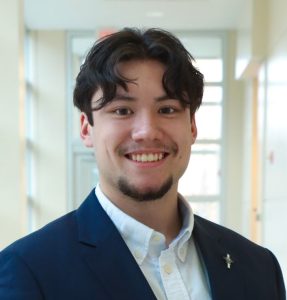 My father is a firefighter paramedic for a city near my hometown. His schedule consists of twenty-four hours working at the fire station followed by forty-eight hours off. This seventy-two hour cycle repeats itself throughout the year. Sometimes, he is called in to work consecutive twenty-four hour shifts, which takes him away from our family for even longer periods of time. It is fair to say that I did not see my father for over a third of my childhood. As a firefighter paramedic, he’s encountered burning buildings, anaphylactic patients, domestic abuse incidents, and other high stress situations. Because firefighters operate in areas that make them vulnerable to carcinogen inhalation, the fire department constantly assesses ways to curtail negative physiological effects. In addition to his other duties, my father is a member of the fire department’s dive team, which puts him into even more dangerous situations involving boating and ice fishing accidents. Overall, having a father that is a firefighter paramedic takes a great toll mentally, emotionally, physically, and spiritually on the entire family.

Both of my parents are practicing Roman Catholics. My mother is an adoptee from South Korea who grew up in a Catholic household, while my father’s family is from Boston, Massachusetts. He was raised in various Christian denominations and eventually became Roman Catholic when he met my mother. Attending weekly Mass is a traditional practice for Catholics, which is sometimes difficult for my father because of his work schedule. My mother and I went to Mass every weekend. We’d usually sit next to my grandparents on my mother’s side during prayer.

My mother is a special education teacher, so her schedule mirrored mine growing up. As a result, my daily routine and faith practices also tended to mirror my mother’s. We both attended Mass on holy days of obligation, fasted during Lent, and received the Sacraments, like Reconciliation. She has been a great inspiration to me throughout my early life and continues to be today.

I chose to highlight information about my father because he is not only my greatest role-model of faith, but also the major reason why I’m going into a medical career. He shows that despite the challenges of working in healthcare, one can still be persistent in their faith. When I received the email stating my acceptance into the Center for Religion and Global Citizenry Fellowship, my father encouraged my pursuit to understand other religious and non-religious identities. Over this past summer, I met with our Green Bay Diocese administration to explore some personal questions about my faith practices. When I came home from these meetings, my father consistently inquired how the meeting went and what I learned. He then discussed with me how my Diocesan discussions impacted his own comprehension of Catholicism. Through these meetings, I learned to not be afraid to ask questions and speak about my personal qualms with Catholicism. In summation, I admire my father’s courage to be a health-related professional while maintaining his Roman Catholic religious identity despite being in some depressing, emergency situations. Following in his footsteps would make me feel extremely accomplished.